Lots of stuff....and I will be a Grandma again!


Hey everyone.....life after the Stephen and Steven tour has been good.  I have some great news....I will be a grandma again...I knew this news last week when I posted but the posting was so full of Stephen and Steven I thought I would wait another week to post.  Little Mario and Amanda are expecting again.....a boy this time!  Little Mario is my late hubby's son.  He and his wife had to have fertility injections to have Alexxis (a little over a year now) and since they had to have fertility injections, they did not think they could get prego on their own....but they were wrong.  I think they were both very shocked to find out they were prego (a few months ago) but they just found out the sex and it is a boy!  So there will be more baby knitting in my future.

Baby is due December 16.....10 years to the day that my late hubby died....we are all hoping he is named Mario Alonzo Ramirez III, but Little Mario (the II) is not sure yet.

Here is Alexxis holding a blue rose with Daddy 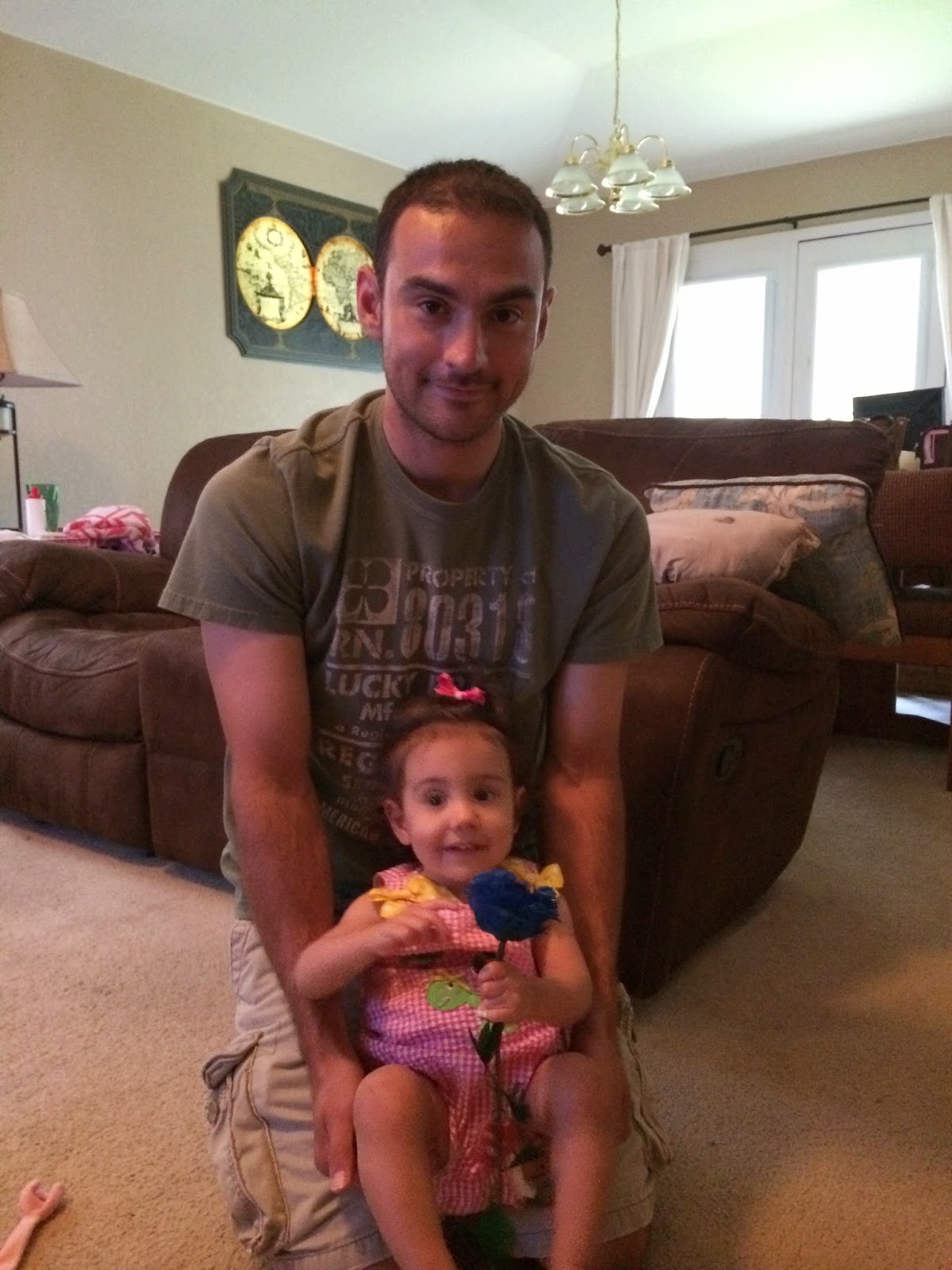 I worked some more on my Stage 4 tour de socks socks...but it was clear that I was not going to finish by 9 am on Thursday.  One of the requirements was to do 6 pattern repeats on the leg....well, that was going to be like 86 rows....that is one long leg!  So I only did 5 repeats (I like it better) and I started the heel flap on one of them....but I am still really enjoying this pattern...it should be smoother sailing from here on out as no more beads are needed. 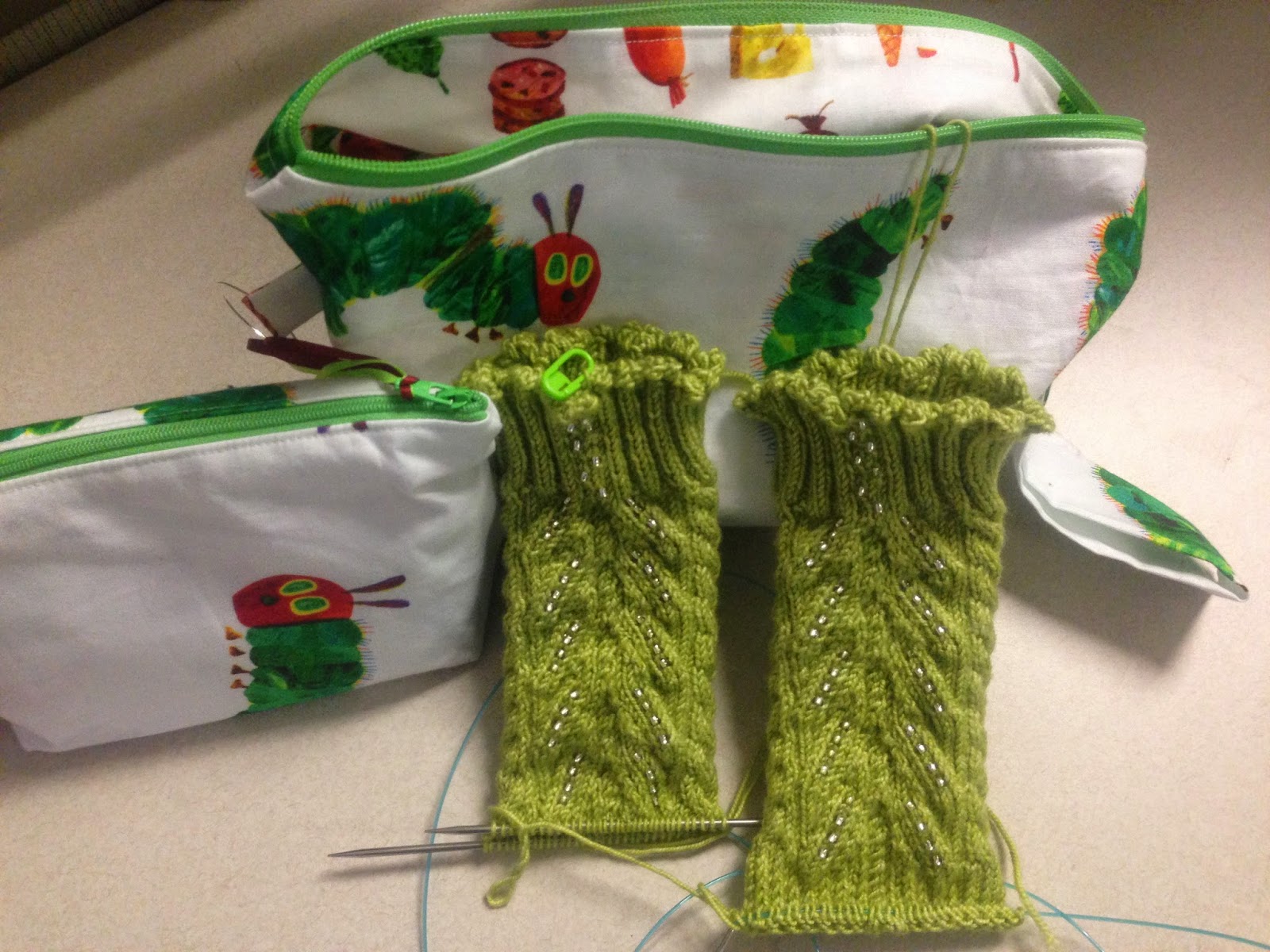 My friend, Heather, posted on FB that she wanted someone to make these sandals for her baby girl (I made a pom pom blanket for her baby back in February/March, exactly like Alexxis').....I did not make these, this is the picture she posted on Facebook... 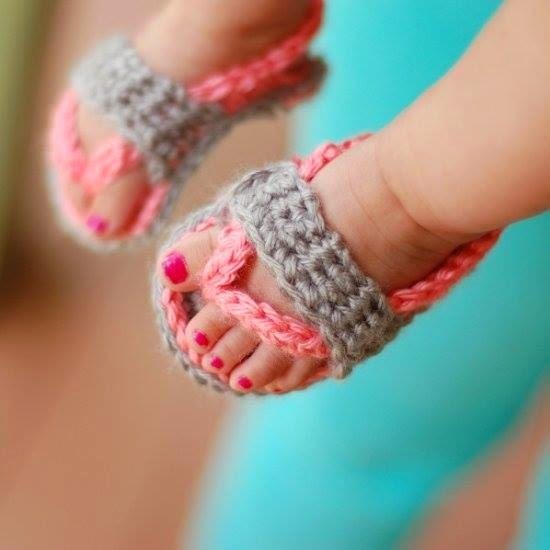 I could not find this exact pattern at the time (I did find it later) but I made her these.  The first picture is NOT my picture, it is the picture from the pattern.....the second picture is the set I made her...I only had 4 buttons to hold the flowers so I could only but 2 buttons on each sandal. 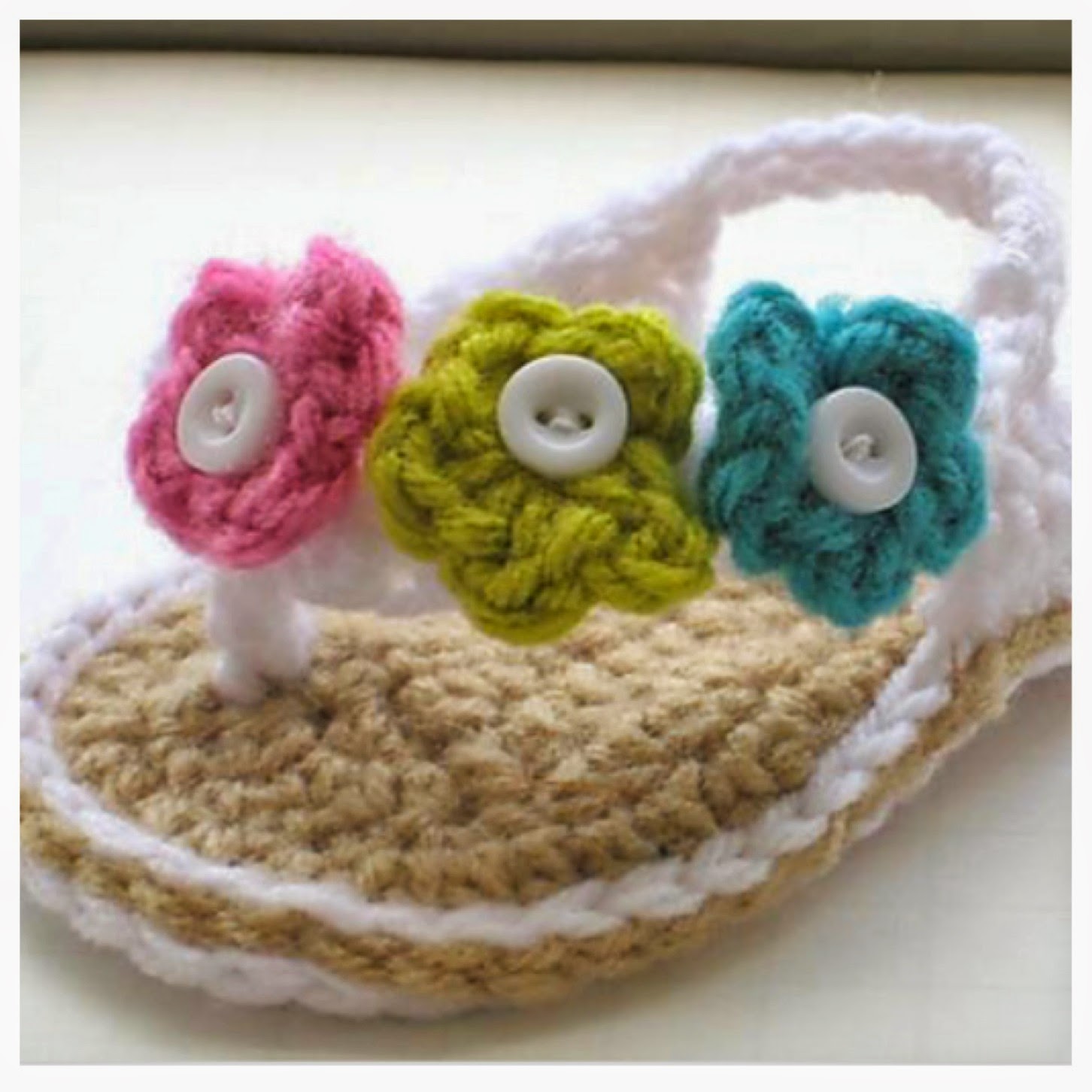 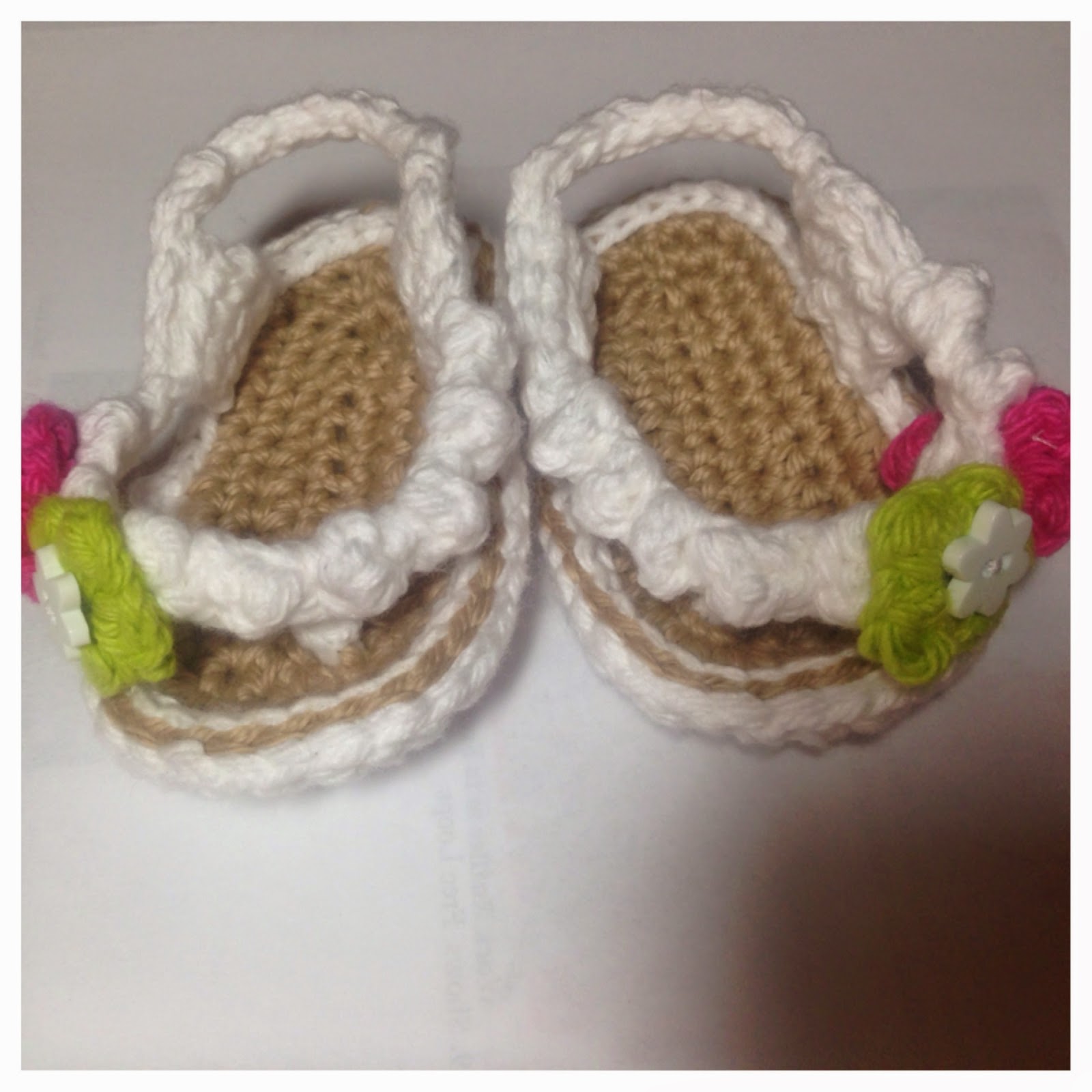 These were crochet, so for someone who does not crochet a lot...I'd say I did pretty good.

I have some stash enhancements.....my mother told me that she thinks my niece (she is 14) would love for me to knit some socks for her....My mom said her favorite colors were red, white and black, so I found this self striping yarn to make a pair of socks for her.....the colorway is queen of hearts. 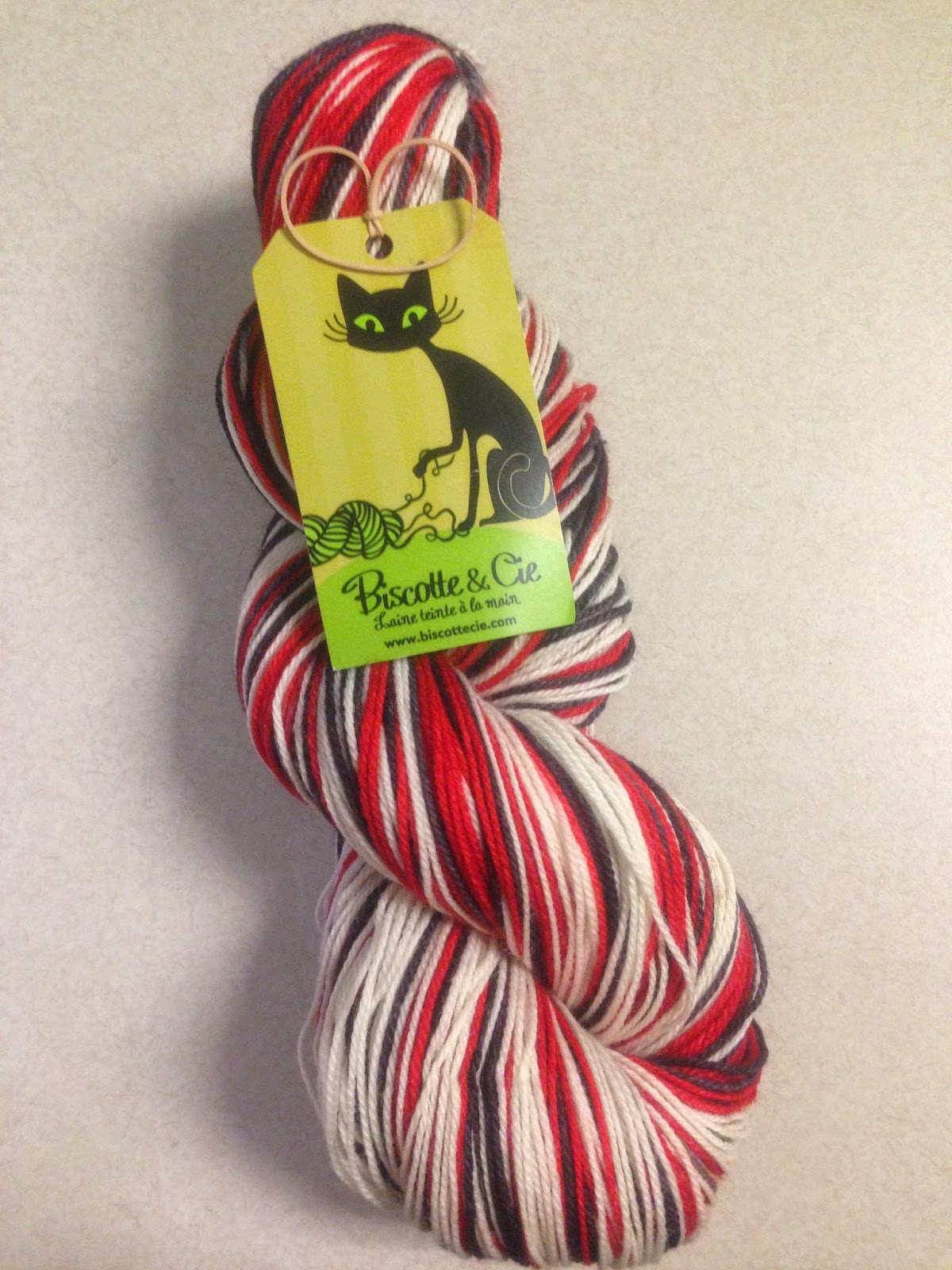 While on the simply socks website (which rocks by the way)....I found this Turtle Purl yarn in the colorway burberry (the tag actually says trenchcoat, but it was advertised as burberry).....well, if you know me...I love purses and bags....and I love burberry (along with many other brands) so I had to get this colorway for me....I cannot wait to make them FOR ME!  Darlene is the one that told me about the Simply Socks website and Turtle Purl yarn...she listens to way more podcasts than I do and she is way more "in the know" than I am (maybe she should be the one blogging). 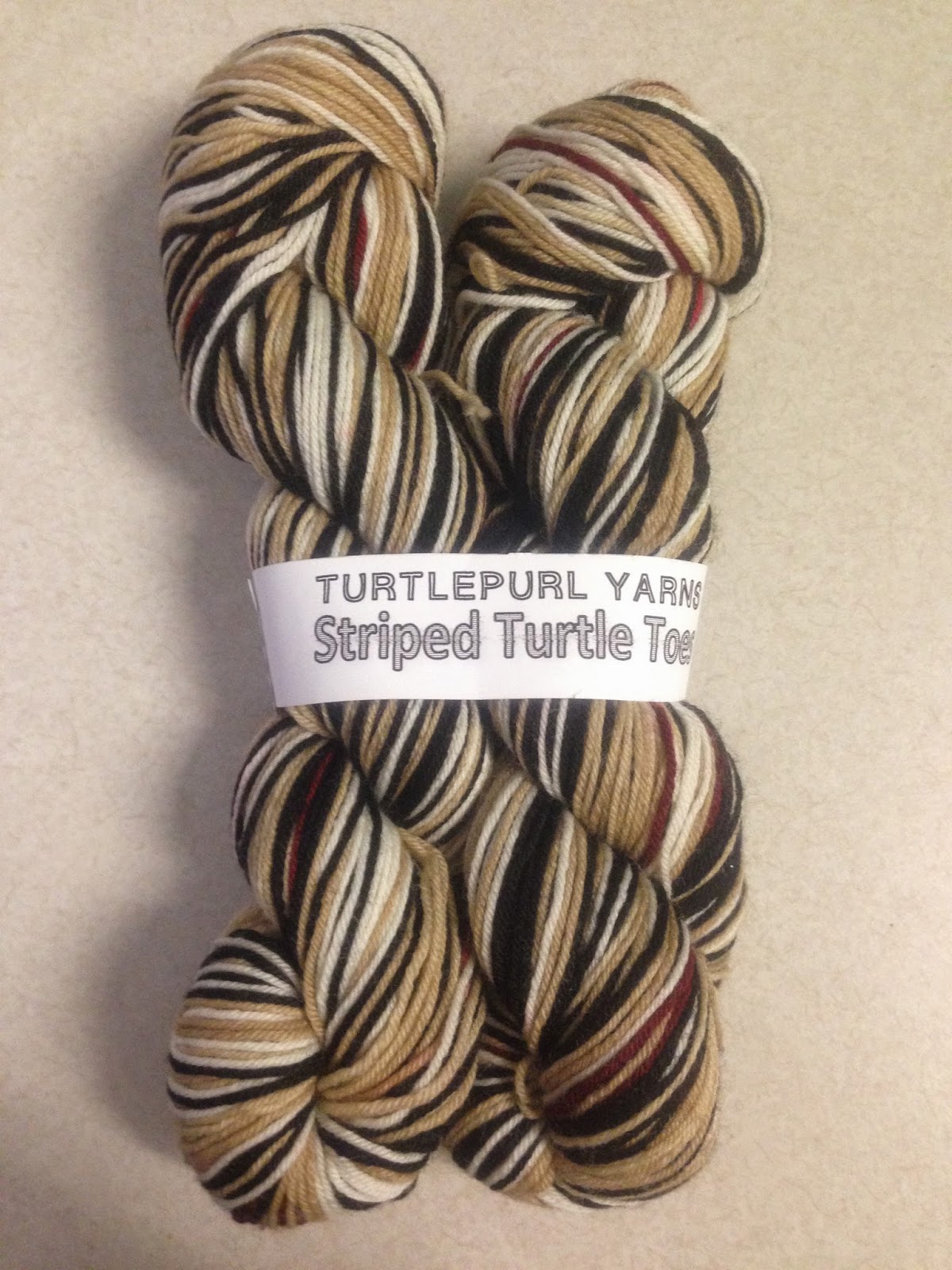 Paige sent me a text last week telling me how much she loved a certain pair of socks I knit her (January of last year....I blogged about them here).....anyway, I think she really likes them because they are a cotton blend...and lets face it....here in Texas, it is not always comfortable to wear wool socks...it is hot here!  She wants more socks like this....so I ordered some more yarn....The yarn is called CoBaSi by Hikoo...it is COtton, BAmboo, and SIlk (take the first two letters of each and you have CoBaSi).  She said she wants green, so I am waiting for Kiwi and Blarney to show up in my mailbox today or tomorrow..... 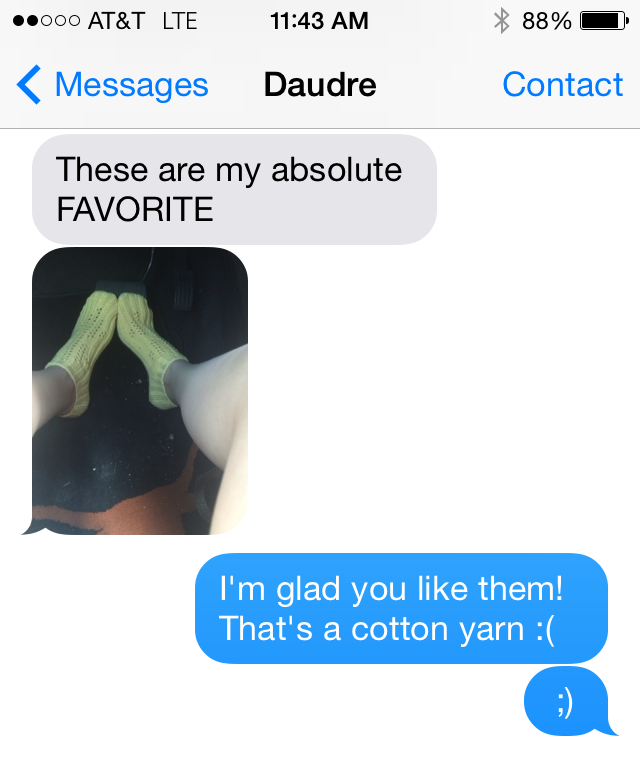 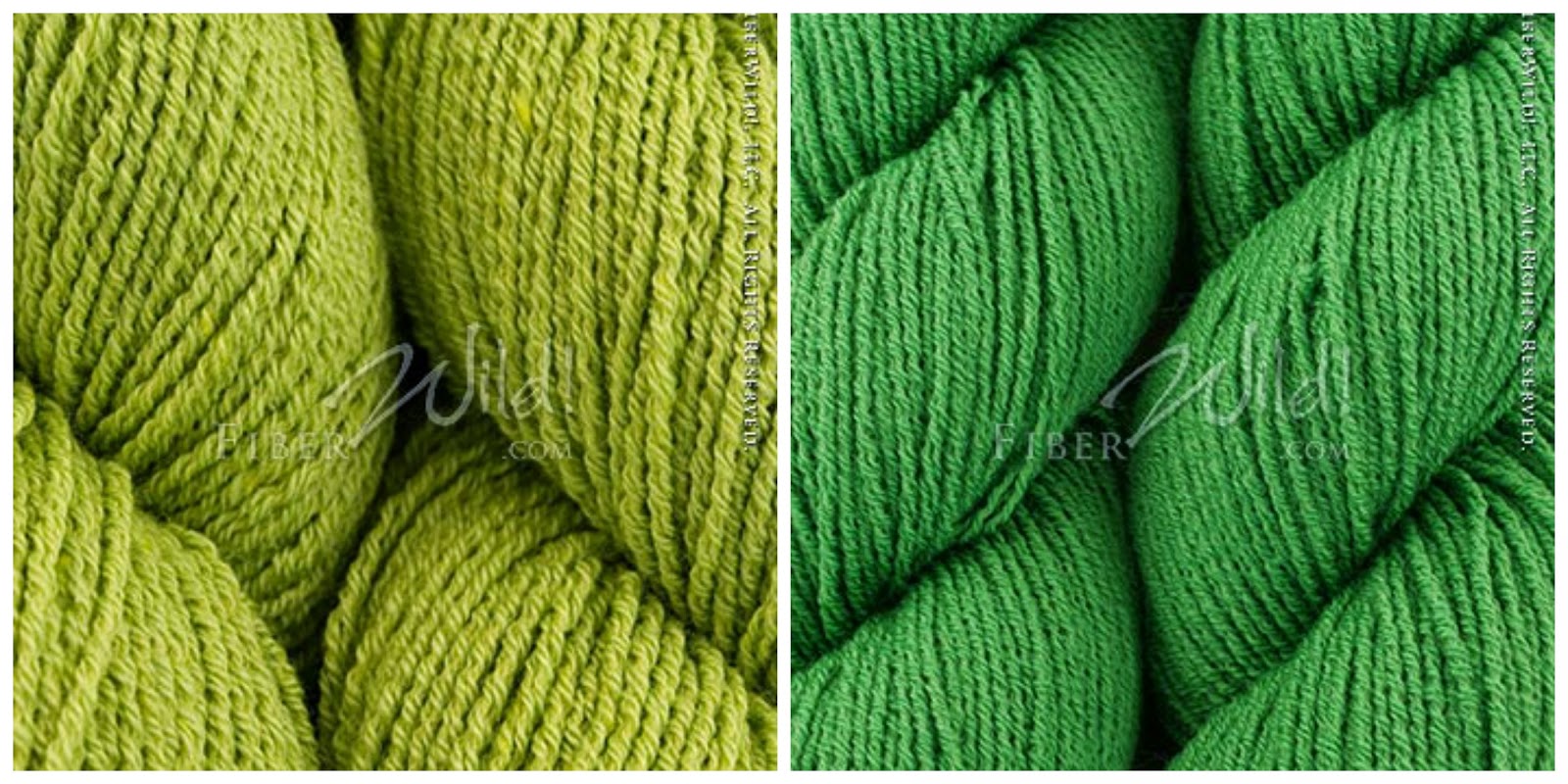 I have one more enhancement that I think is pretty cool.  It is a light you can bend and put anywhere, but it was advertised to go around your neck and that is how I used it.  It was great to knit in the truck when it got too dark at night....it was also great sitting outside knitting in the dark while camping...but it did attract a few moths and small flying bugs (that was a down side). 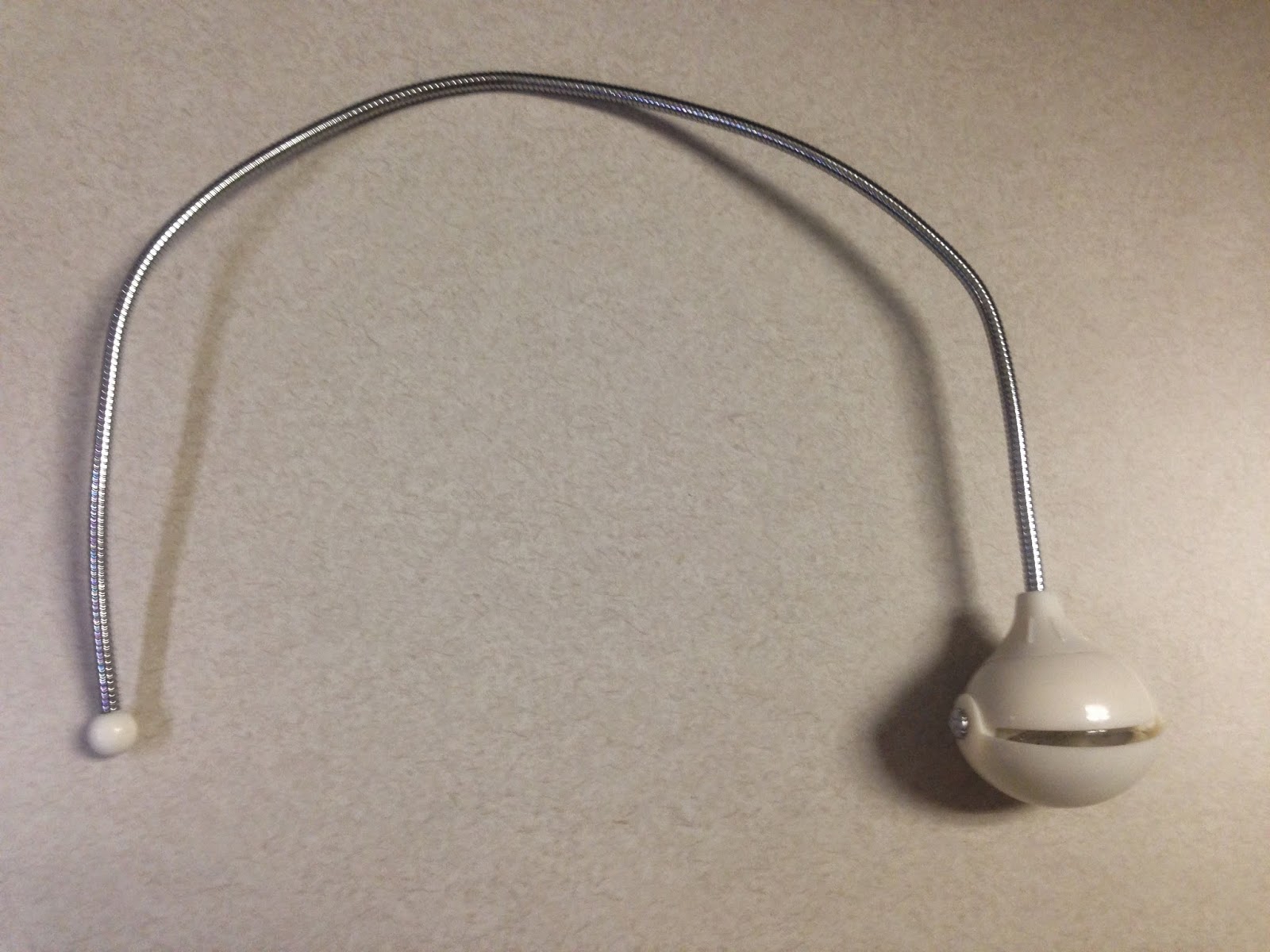 Camp Loopy project 3 was posted this past week.....this put me in a little of a panic.  I was not expecting them to post till later in the month...but when they posted last week I realized the month was moving along faster than I wanted it to....and really hardly had anything done on my camp #2 project....I was only at like 6 inches..... 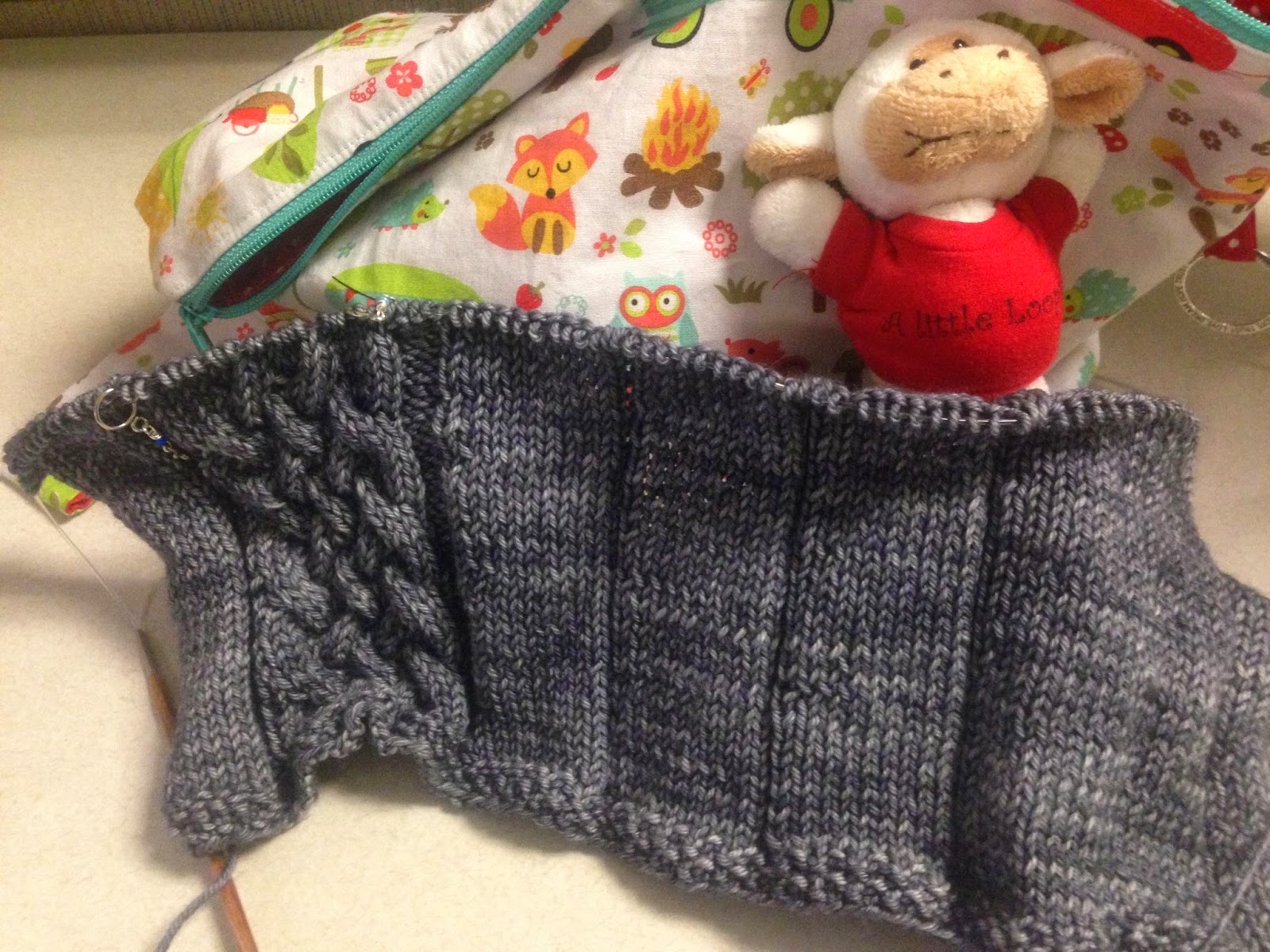 So.....we went camping this past weekend and I think I got a nice chunk of knitting done.....I am well into my second skein and hope to attach my 3rd skein by tomorrow....since I only have 4 skeins....if I finish my 2nd skein around the 15th...I think I will be okay.  It is about 22 inches now.  I did have a cable mistake and I had to rip out like 13 rows...but I fixed it. 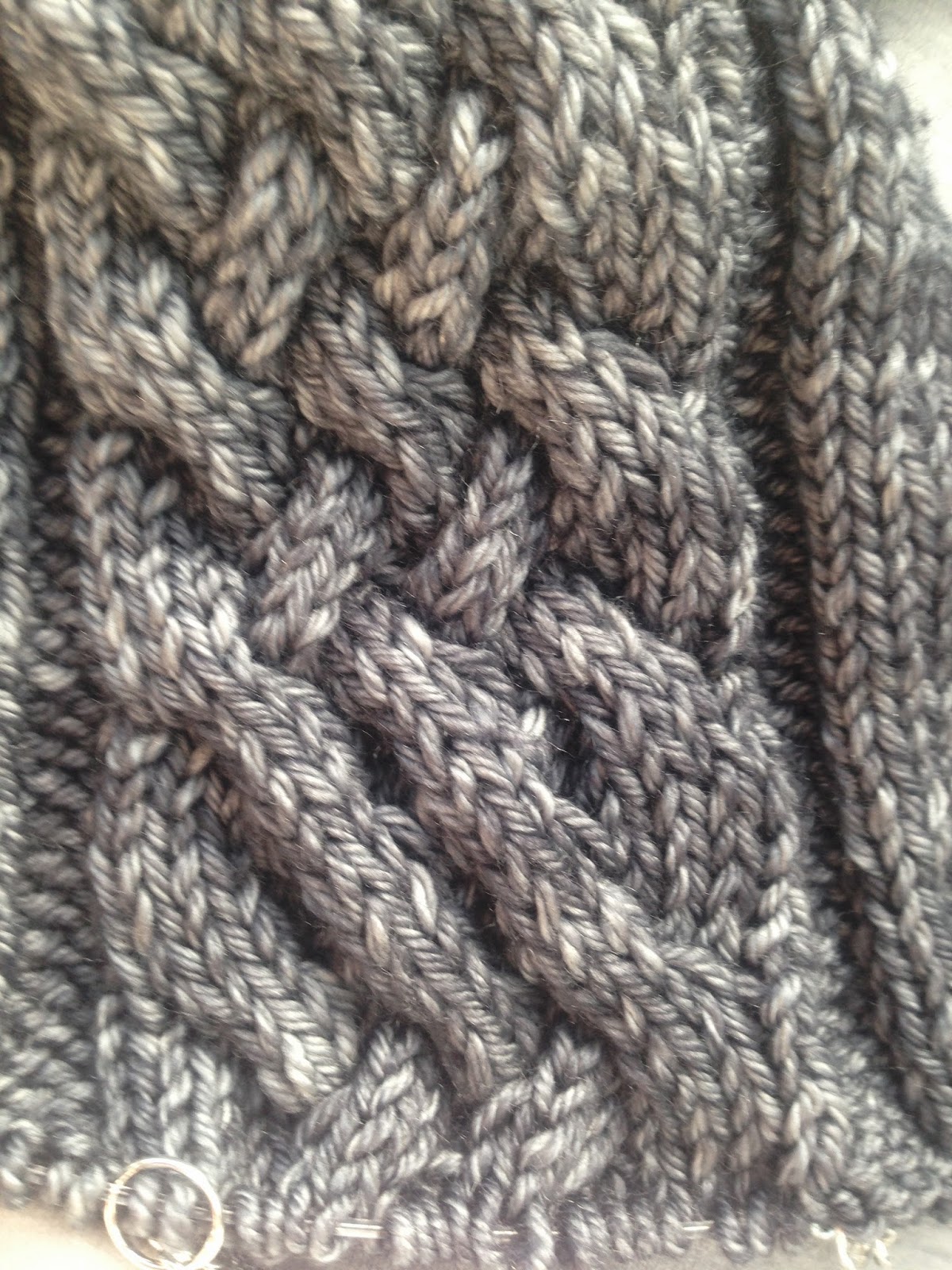 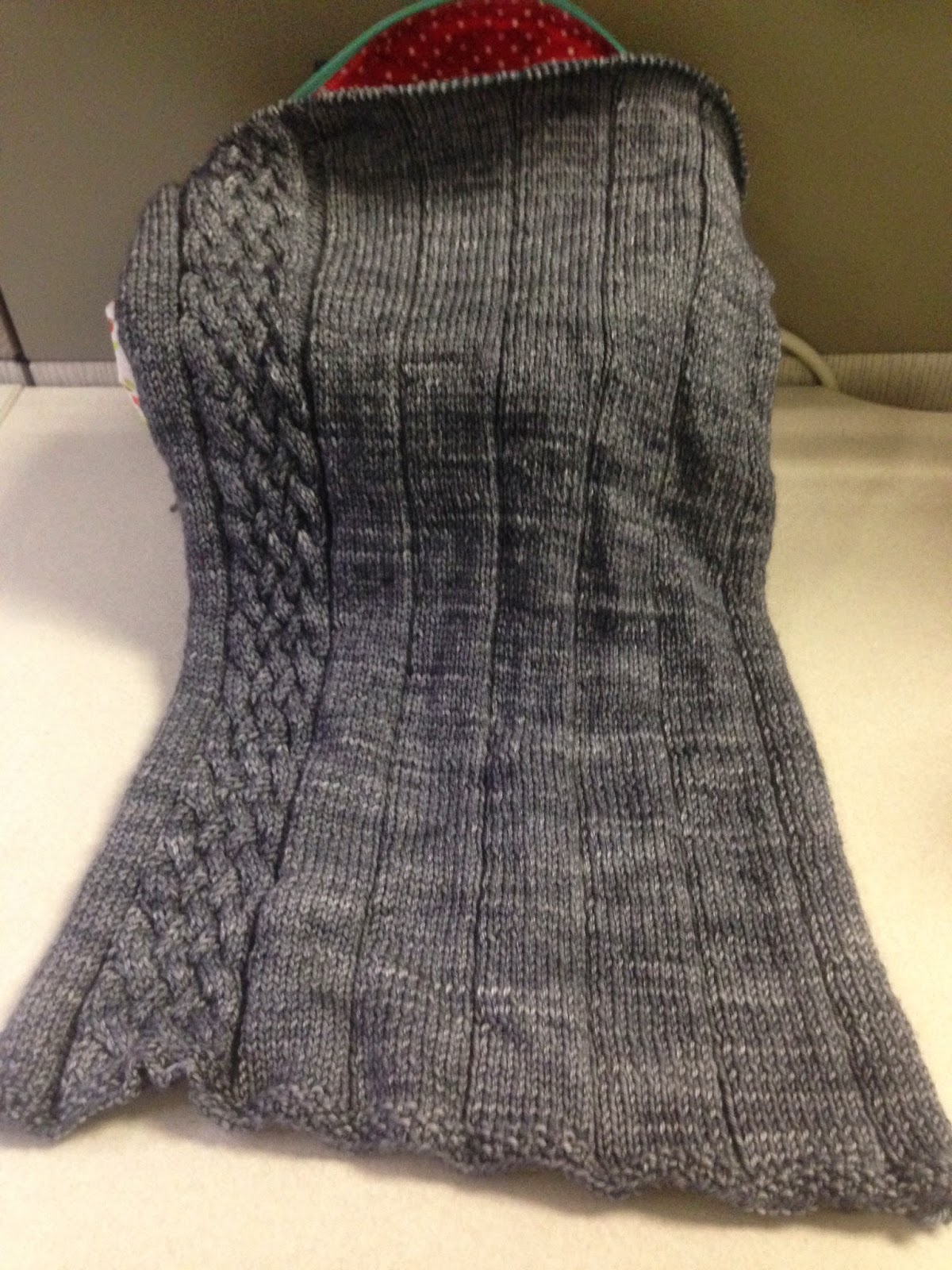 While we were camping at Chalk Bluff, I took several pictures...the water in the Nueces River is crystal clear and you can see the rocks on the bottom....there was a gorgeous sunset...and a HUGE full moon that I learned was called a super moon or 'the buck moon'.  There was a stop at a liquor store for more wine which is also a gun shop (ha, ha...only in Texas), and my knitting with the tents in the background (Jaime spoils me and I stayed in the AC in the RV)..... 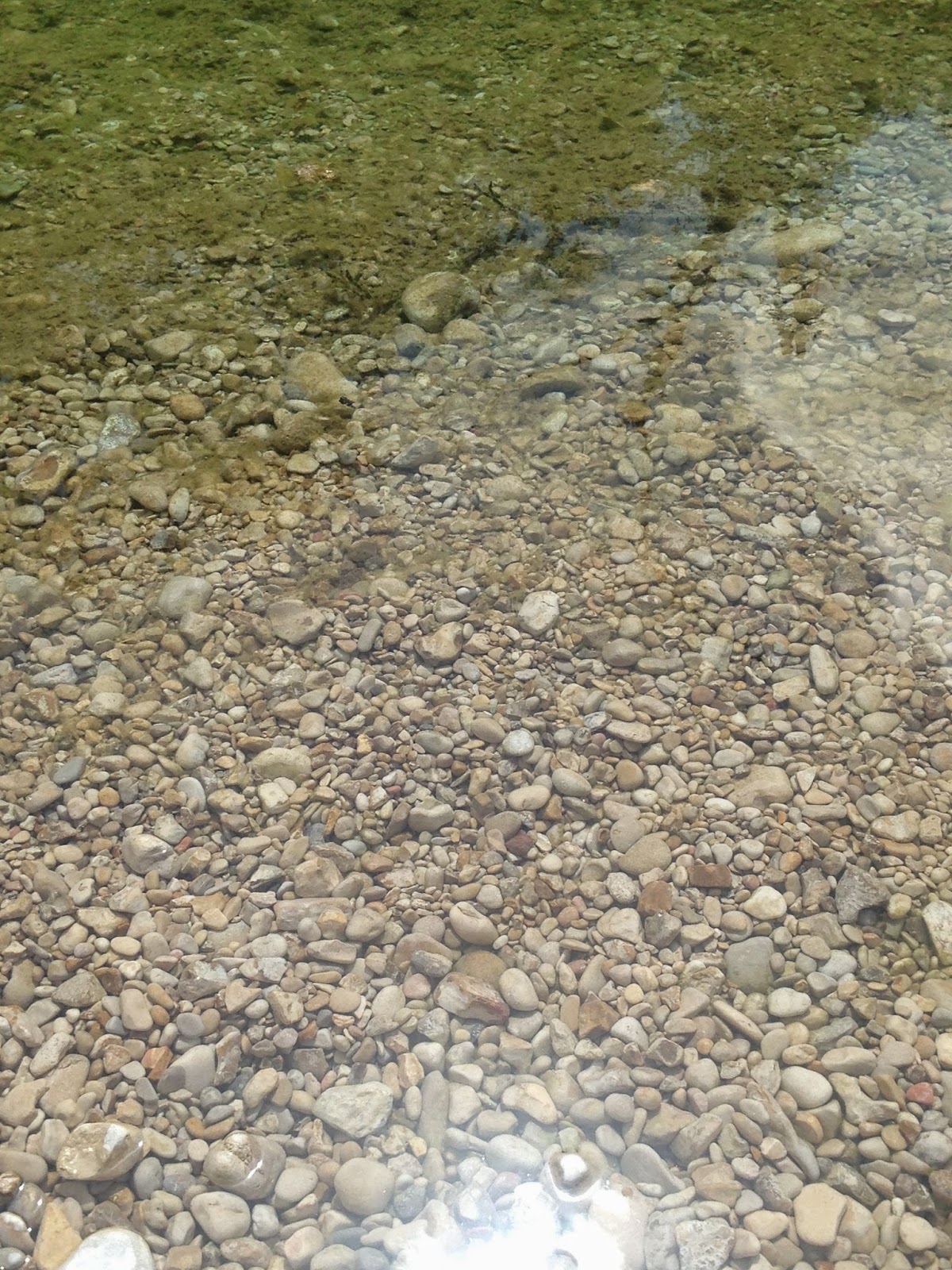 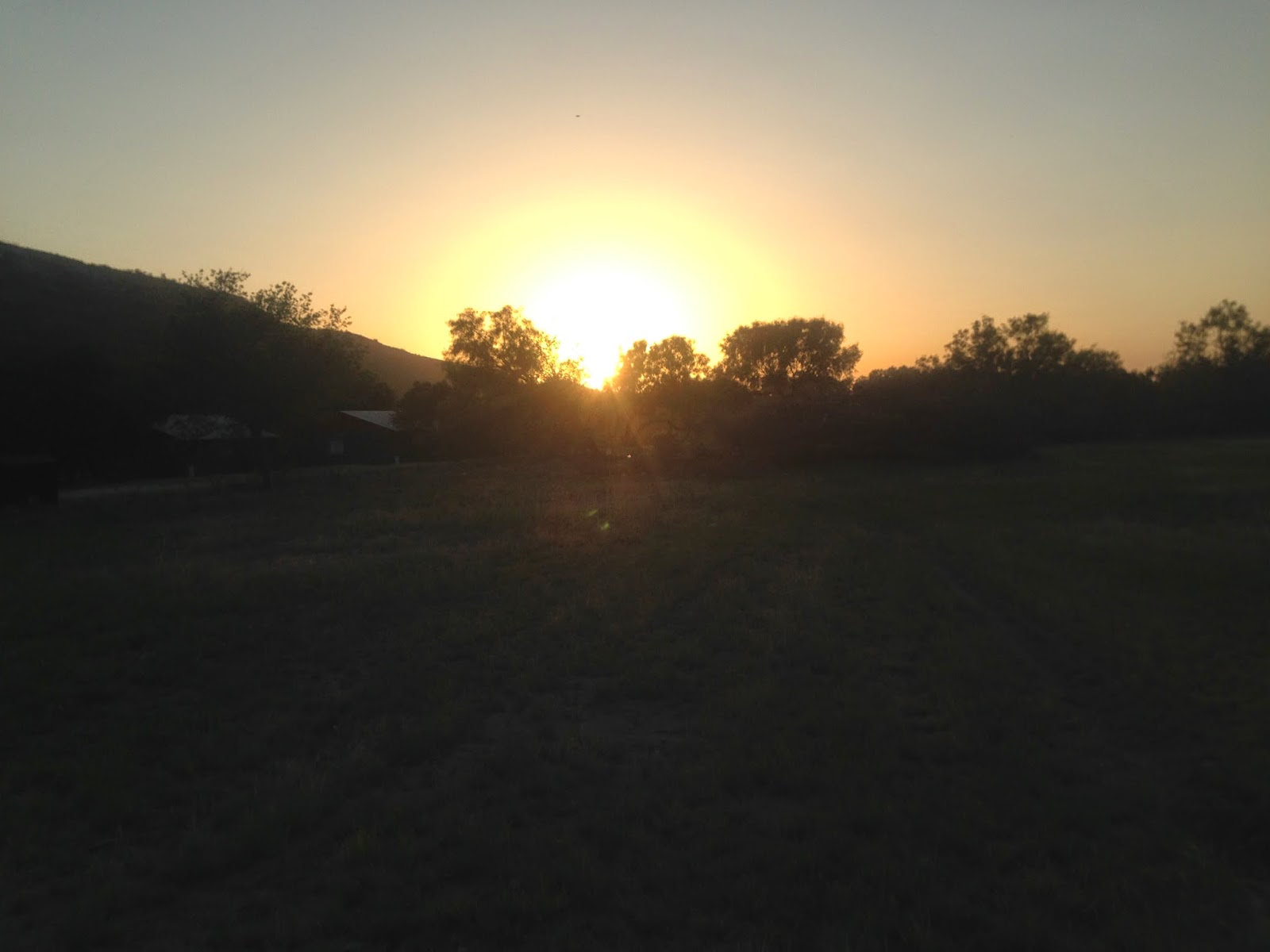 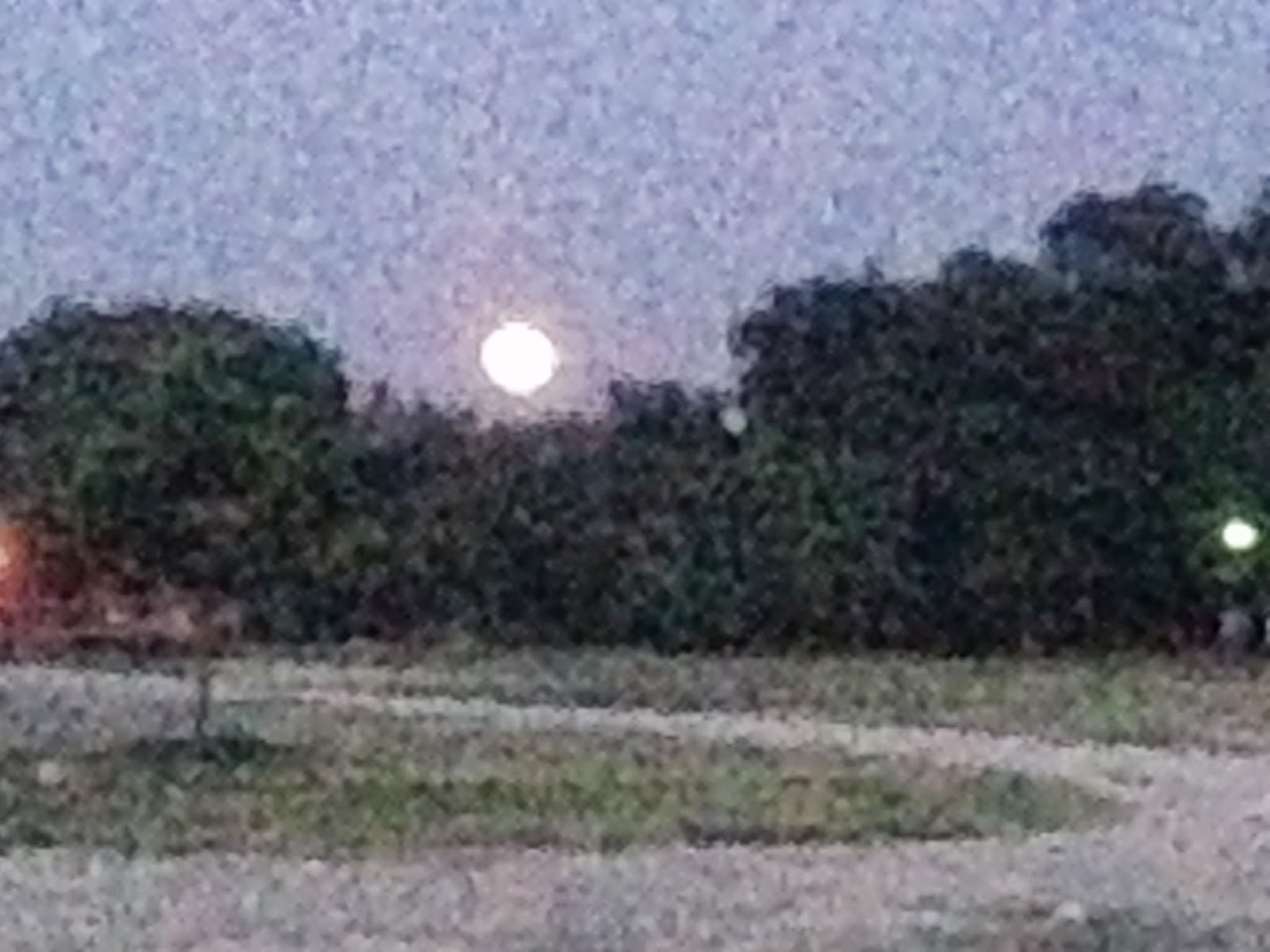 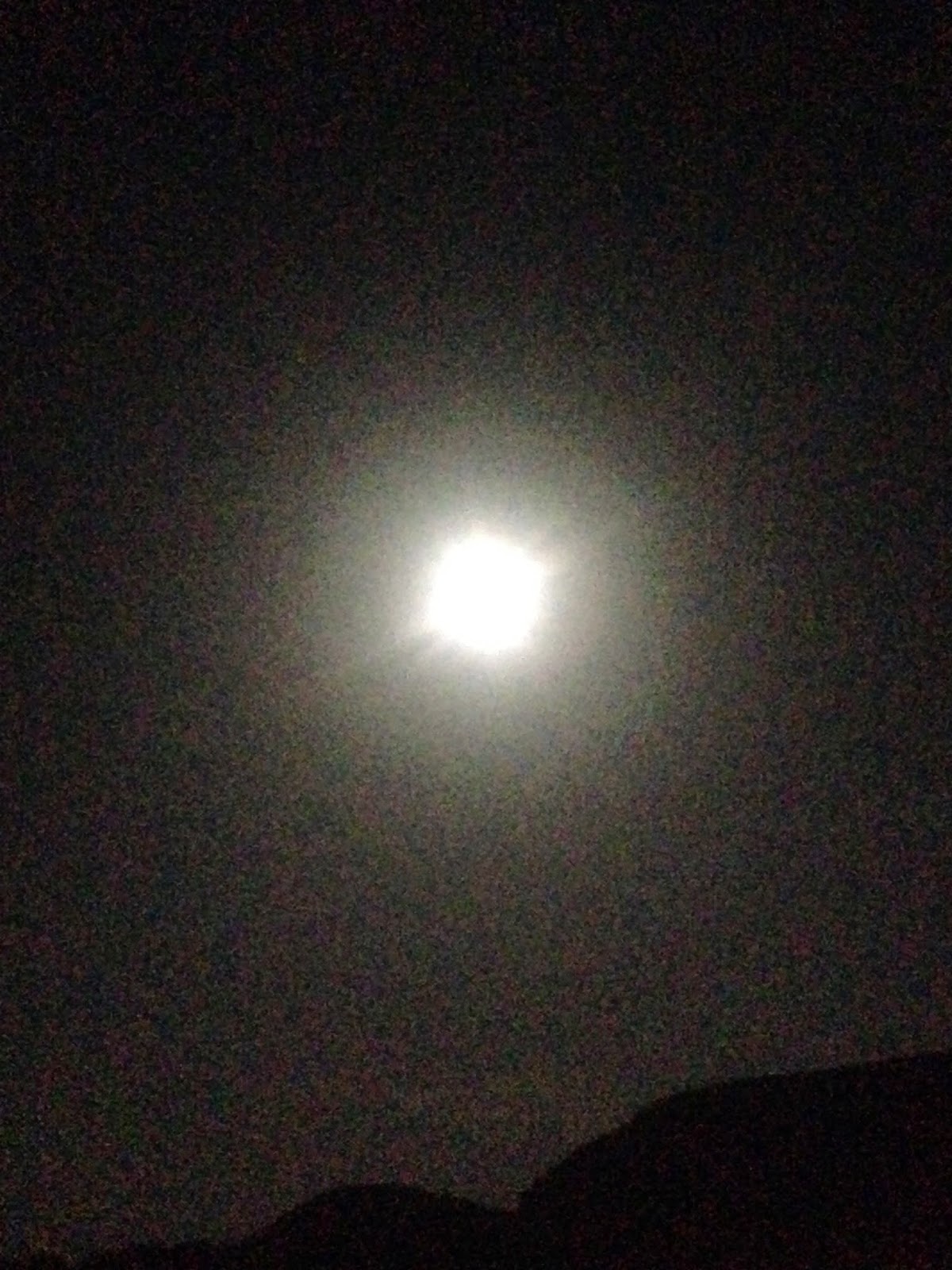 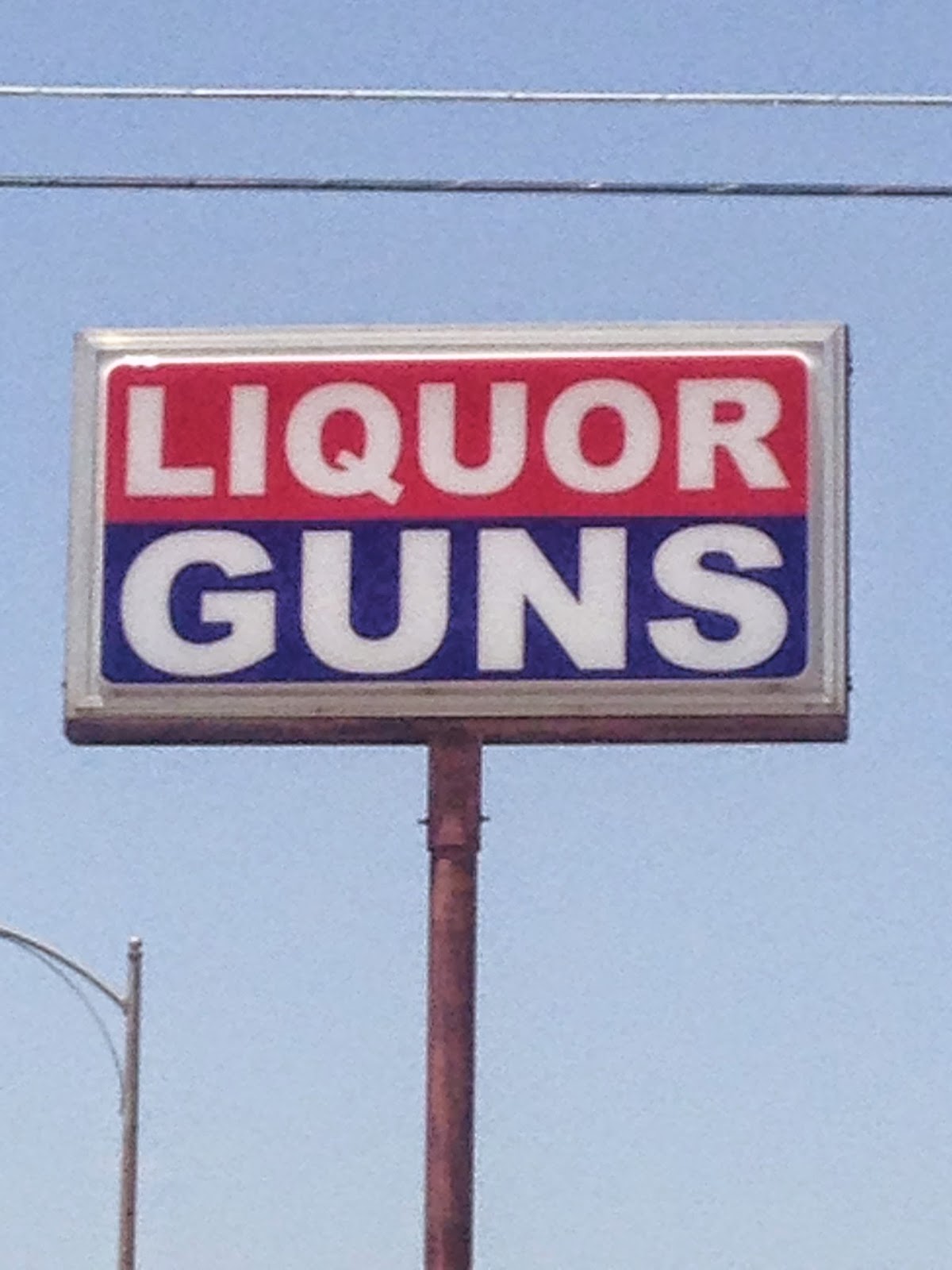 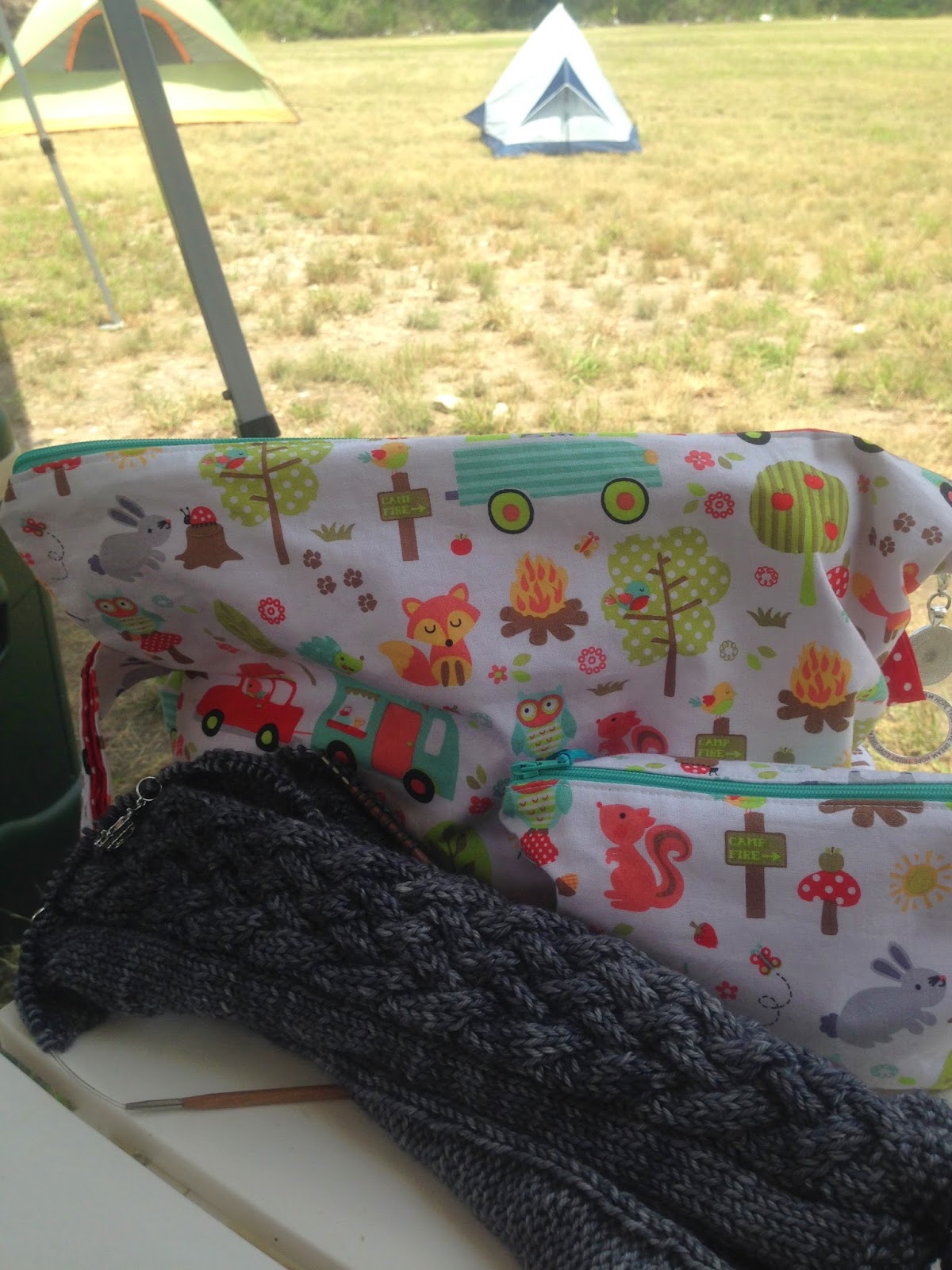 Well, I think that is about all I have for now.....have a great week everyone!  Here are some of my favorite pics I have stolen from others on the internet...... 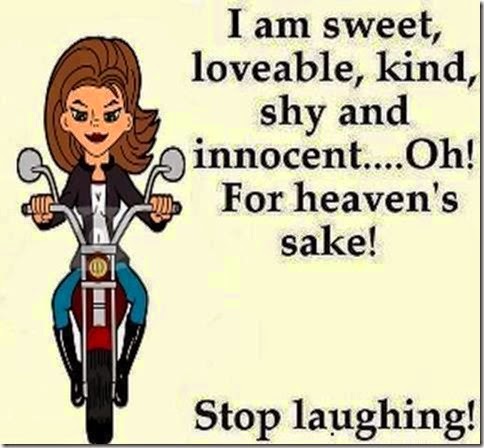 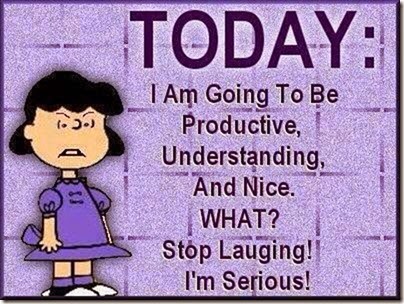 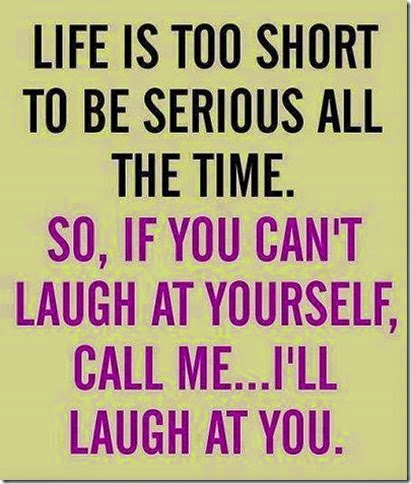 Posted by Knitphomaniac at 7:04 AM