I had my mini vacation this past weekend (just a 3 day weekend) and we went to Copano bay....it was awesome....here was my first knitting view 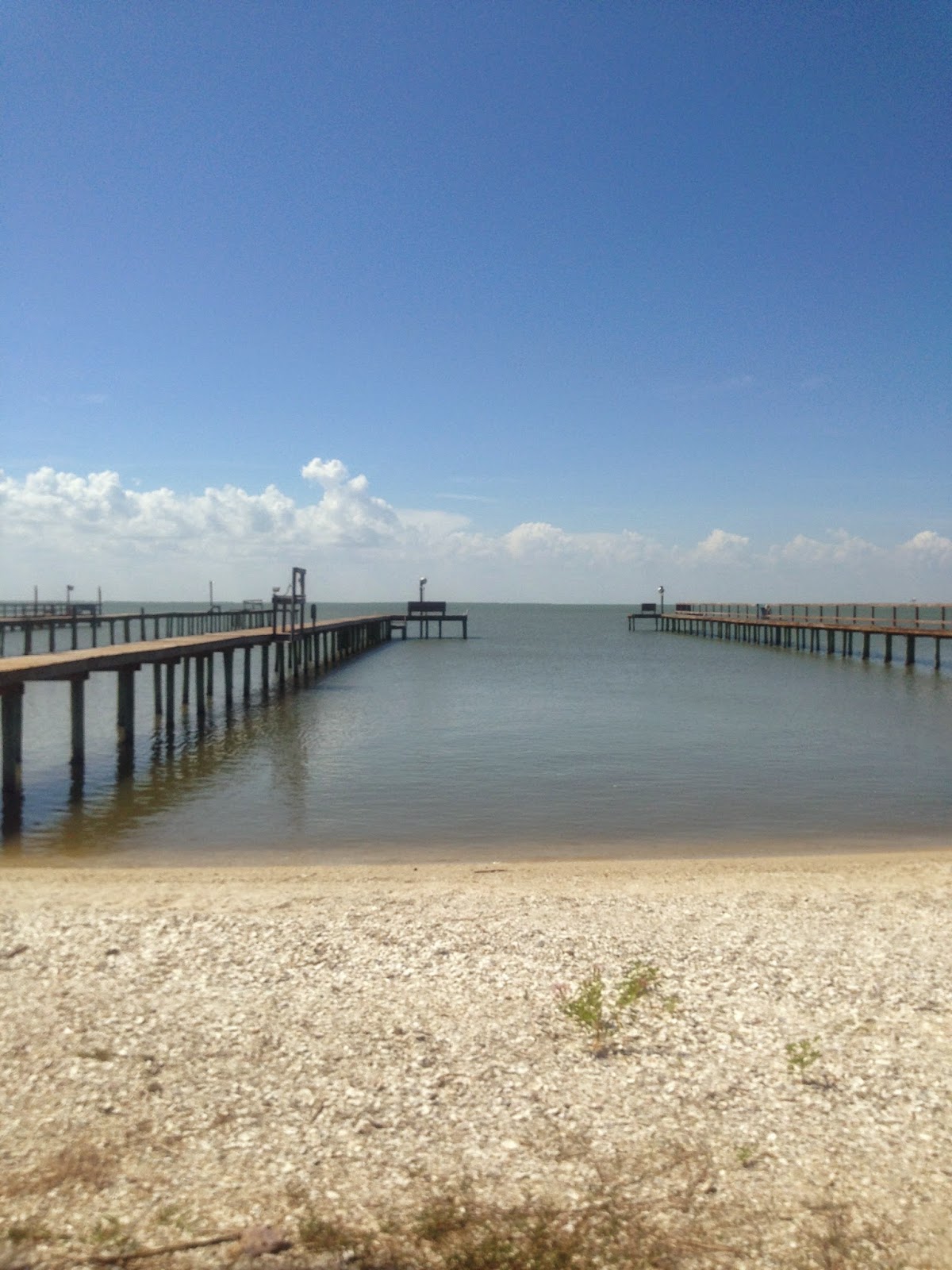 Then we went out to eat......I love Shrimp Brochette! 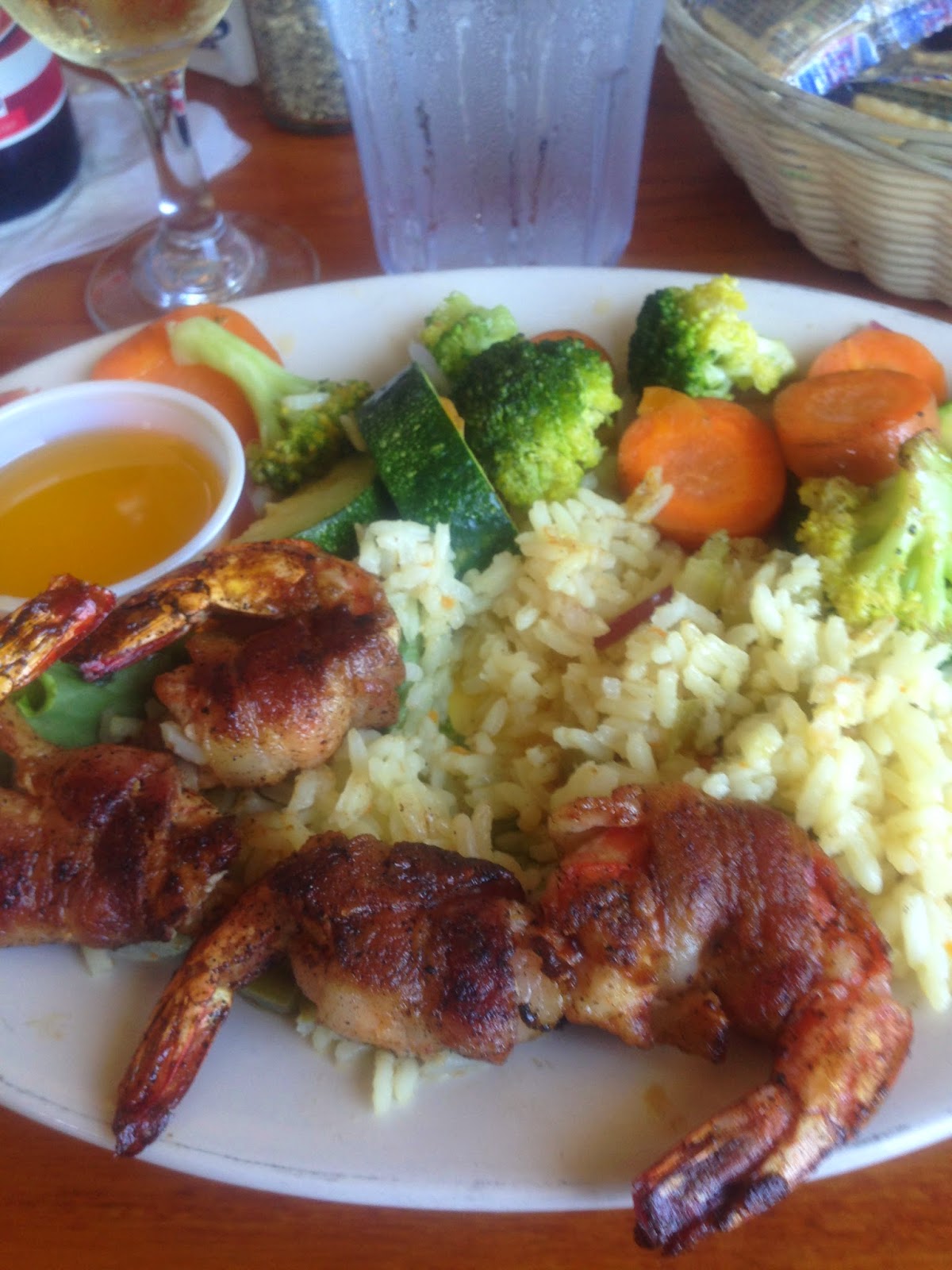 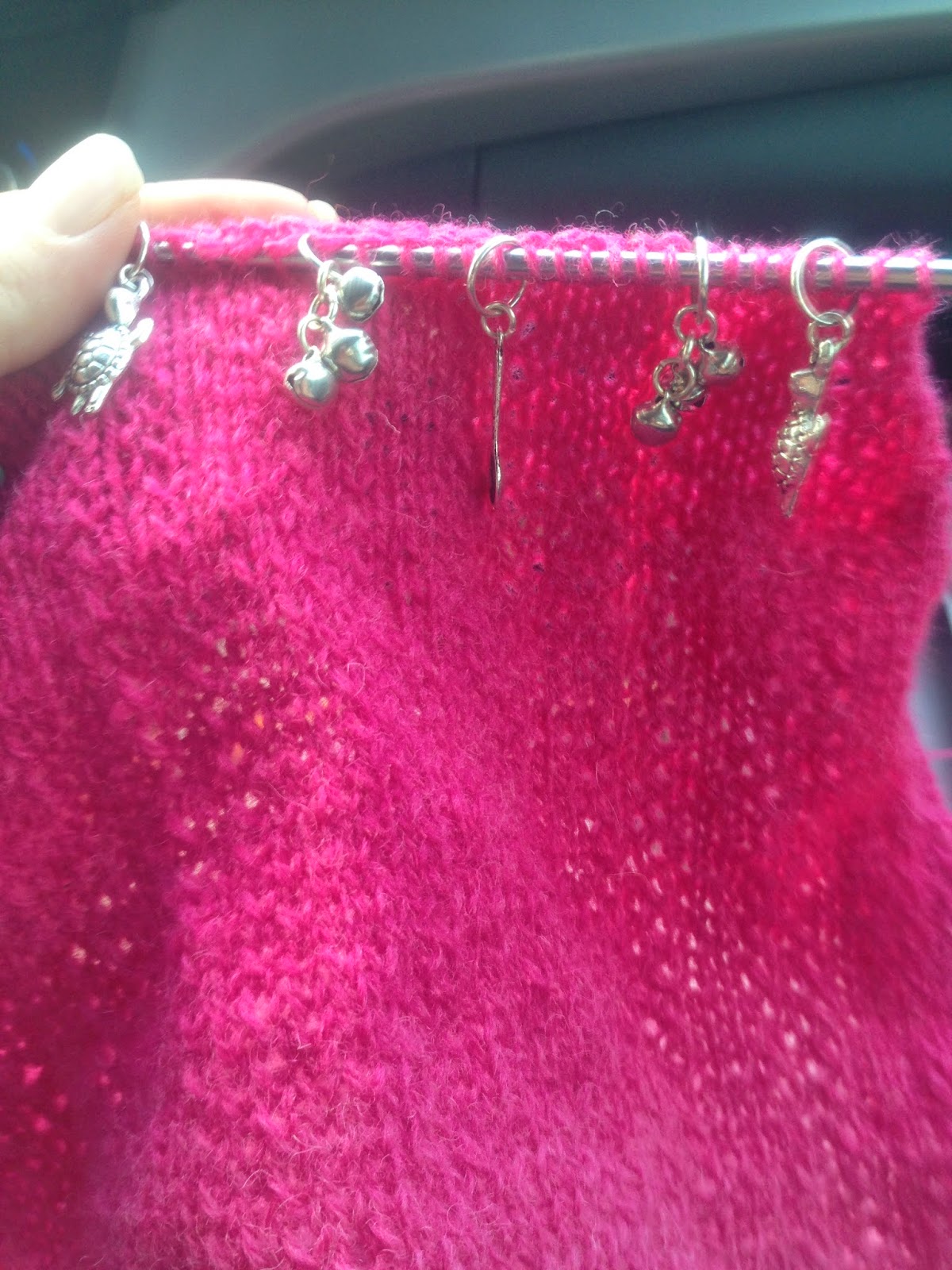 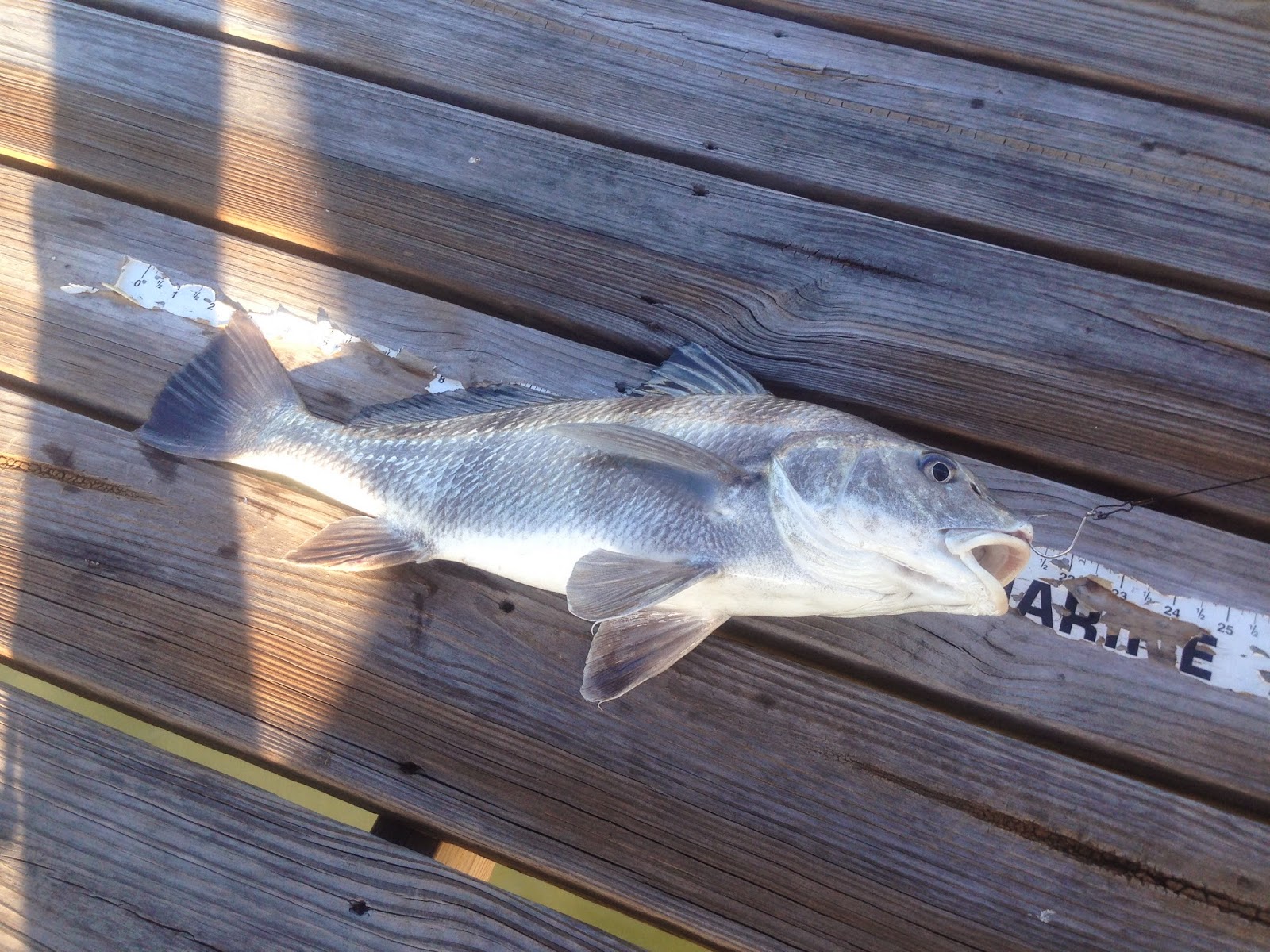 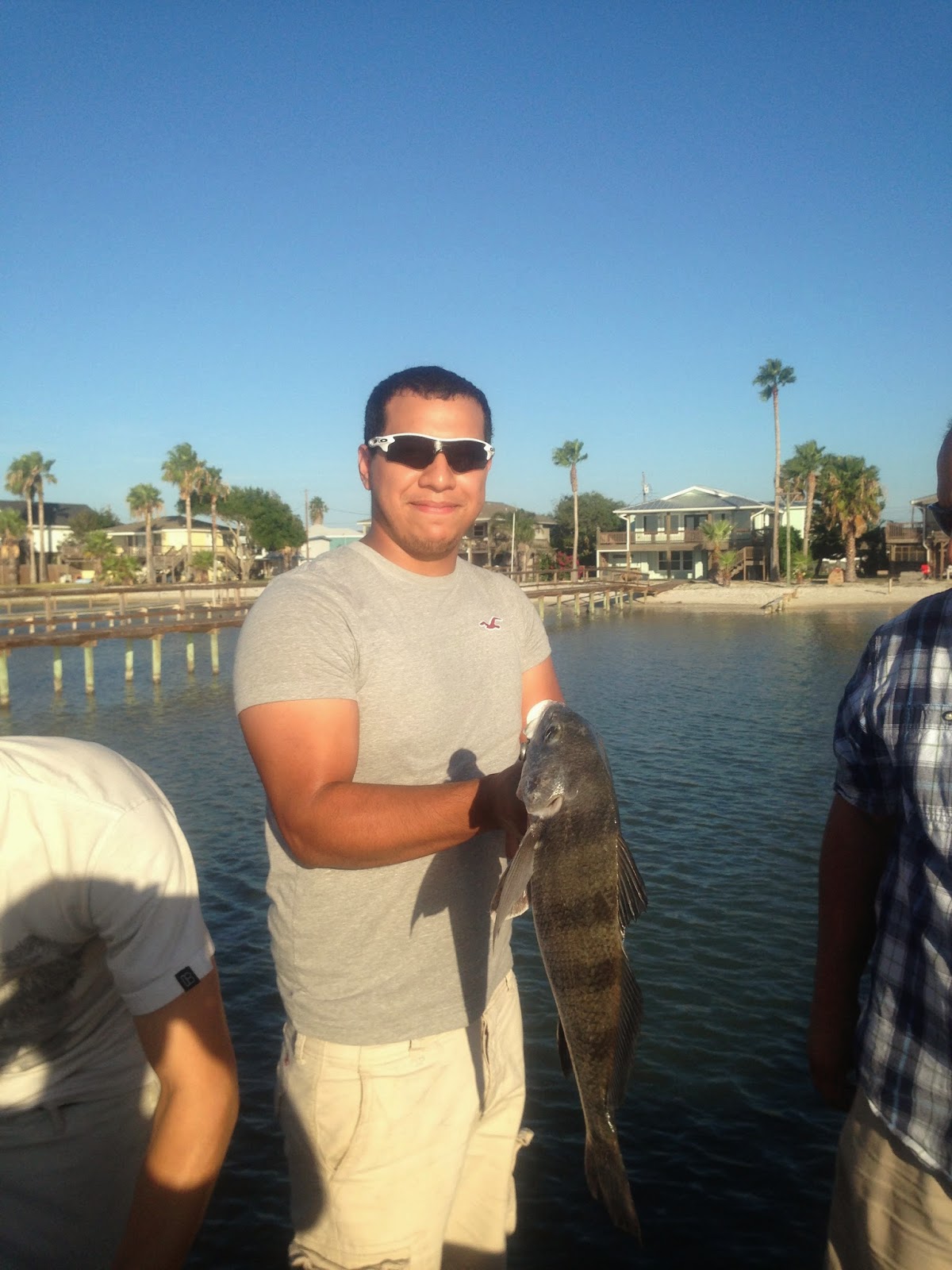 So....I did some more knitting.....and thankfully on Wednesday night I pre-made 2 pans of lasagne....so while they boys were inhaling this 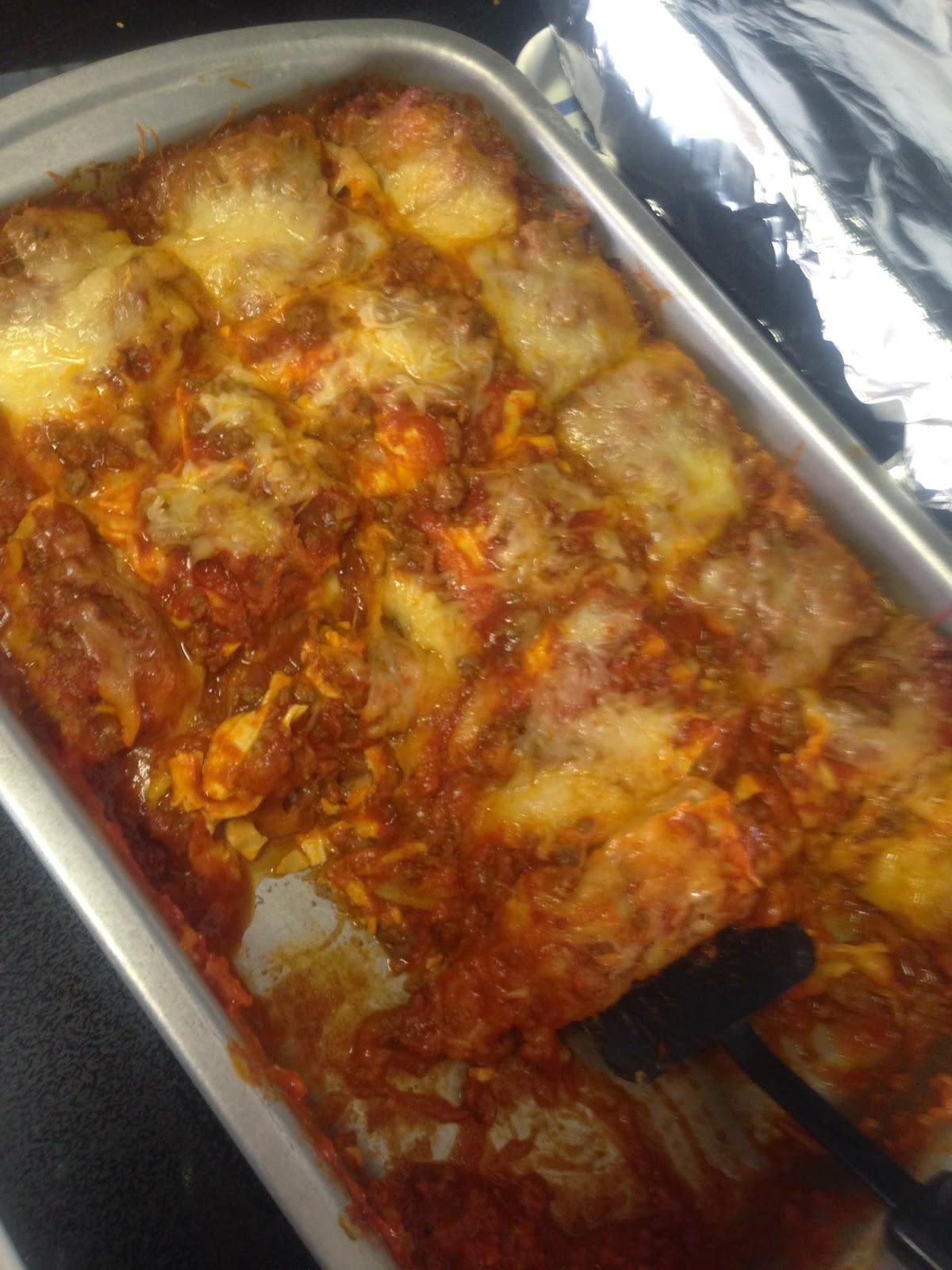 I was enjoying Copano Bay 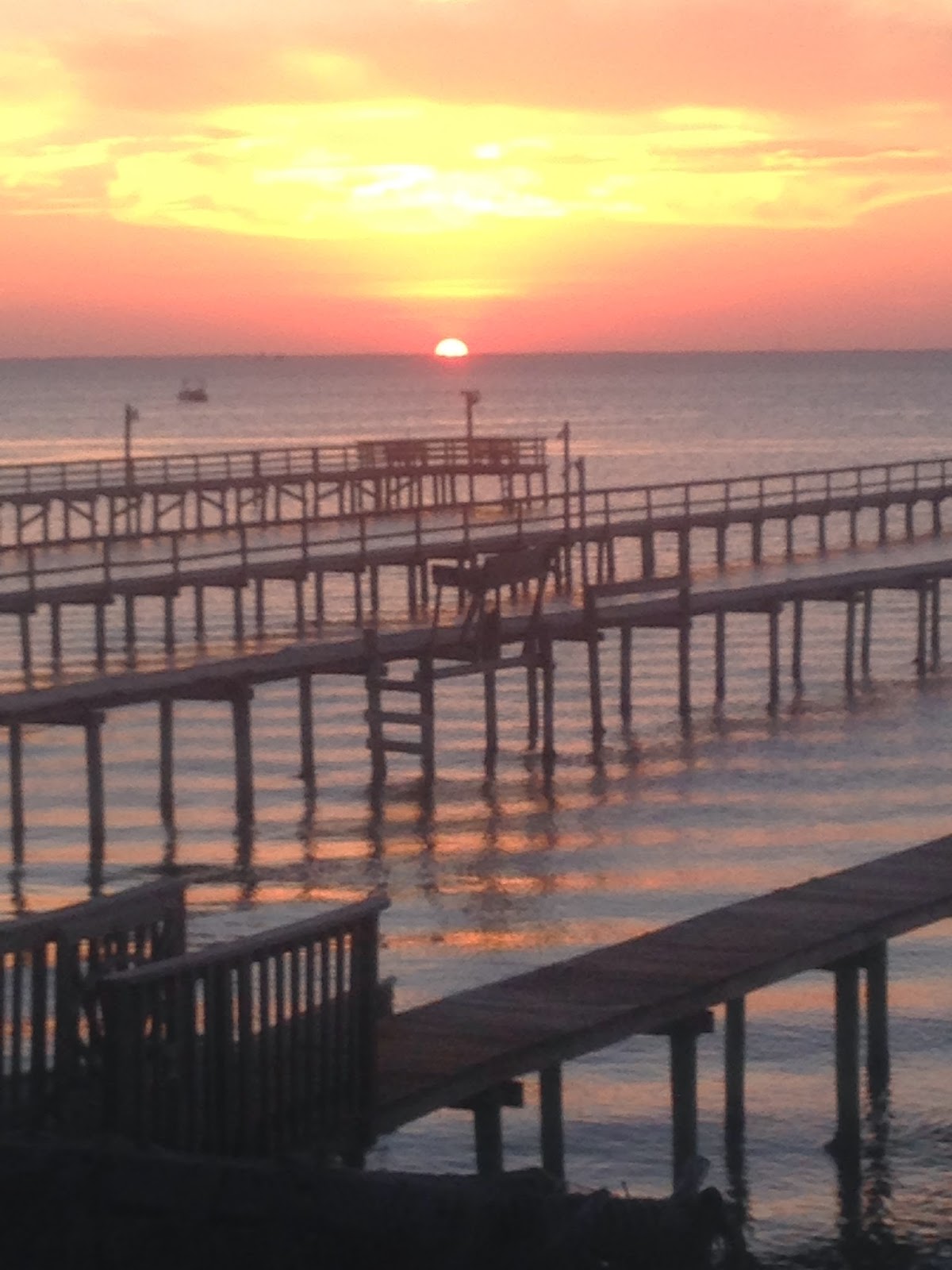 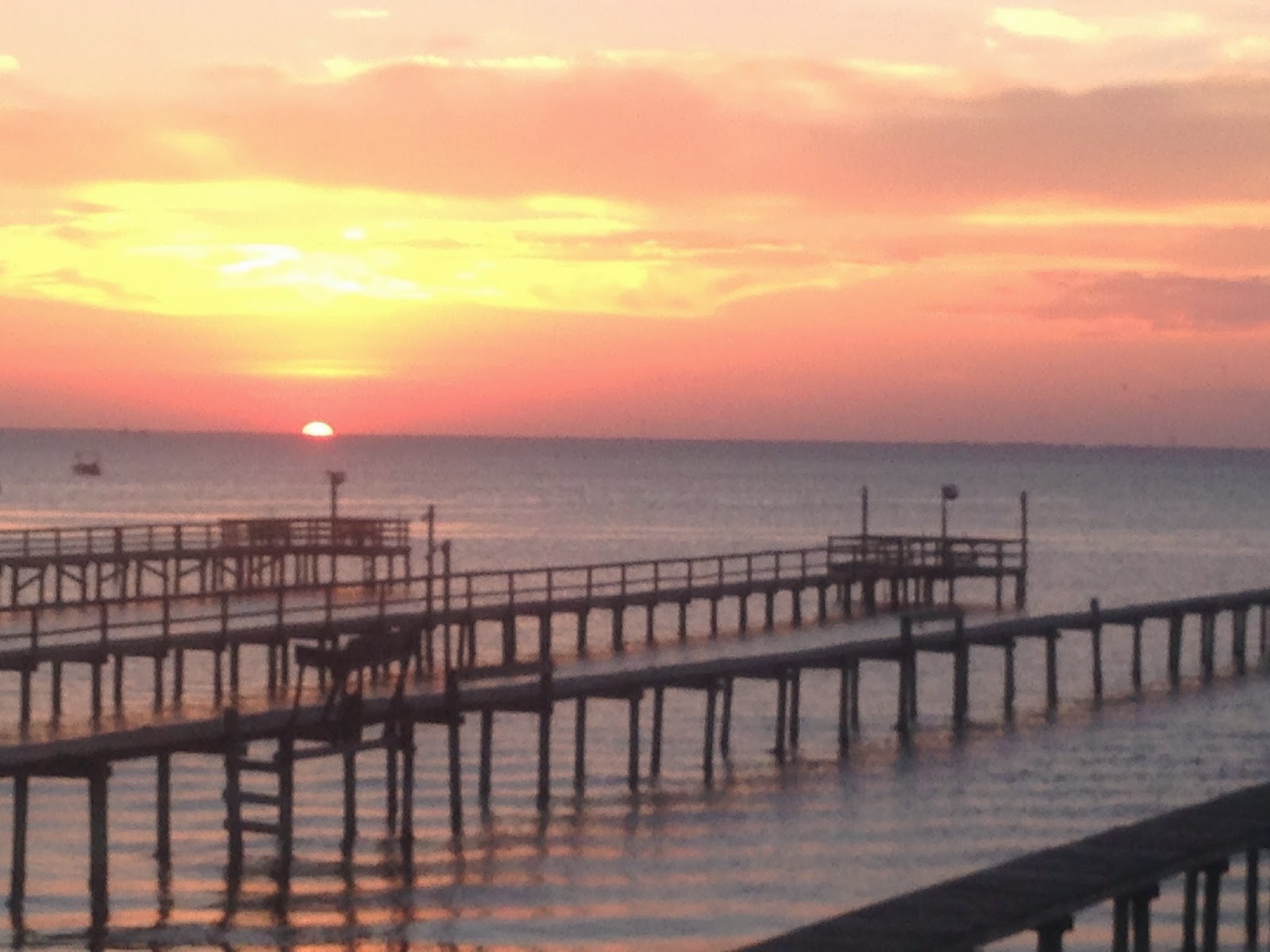 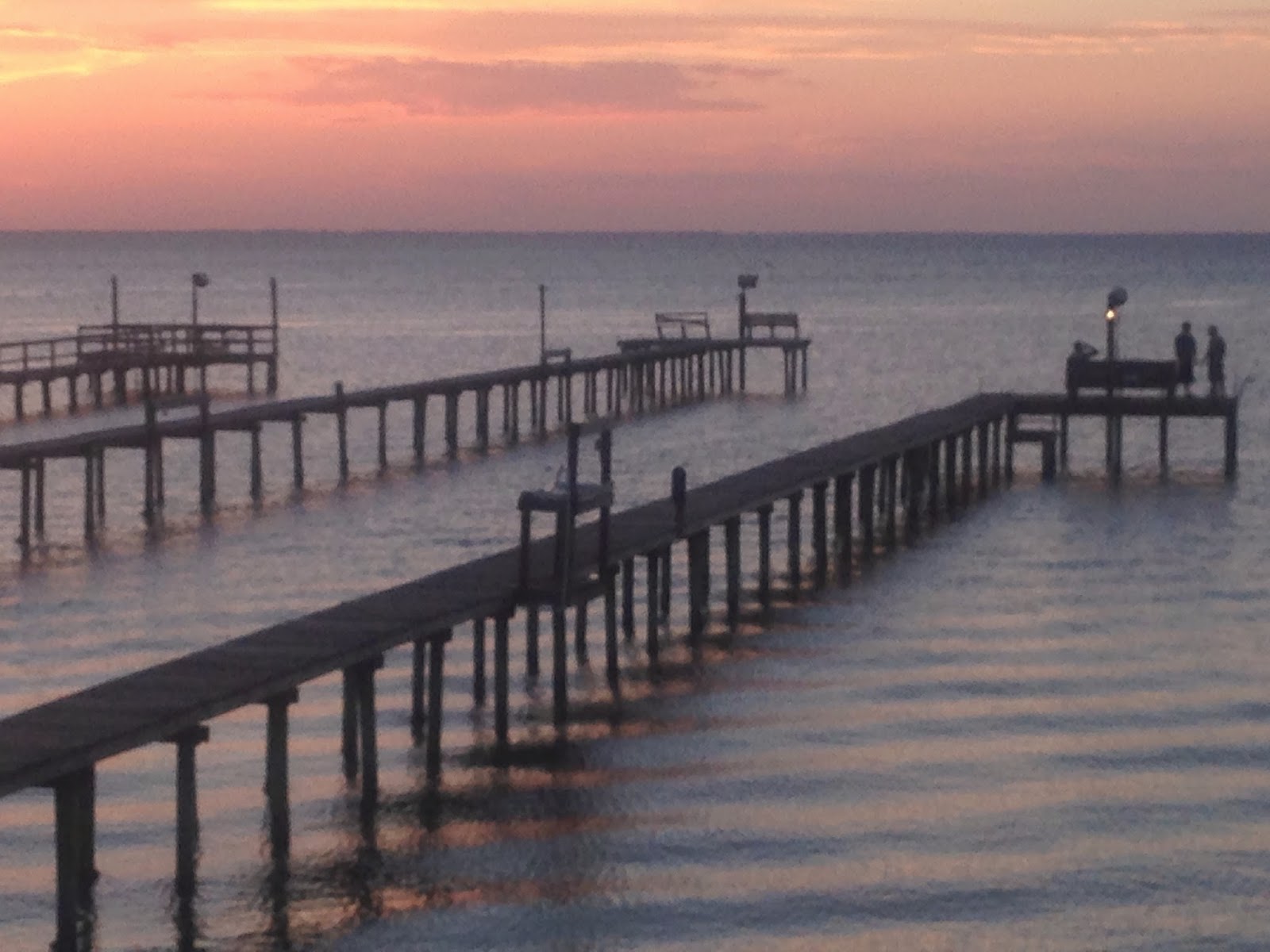 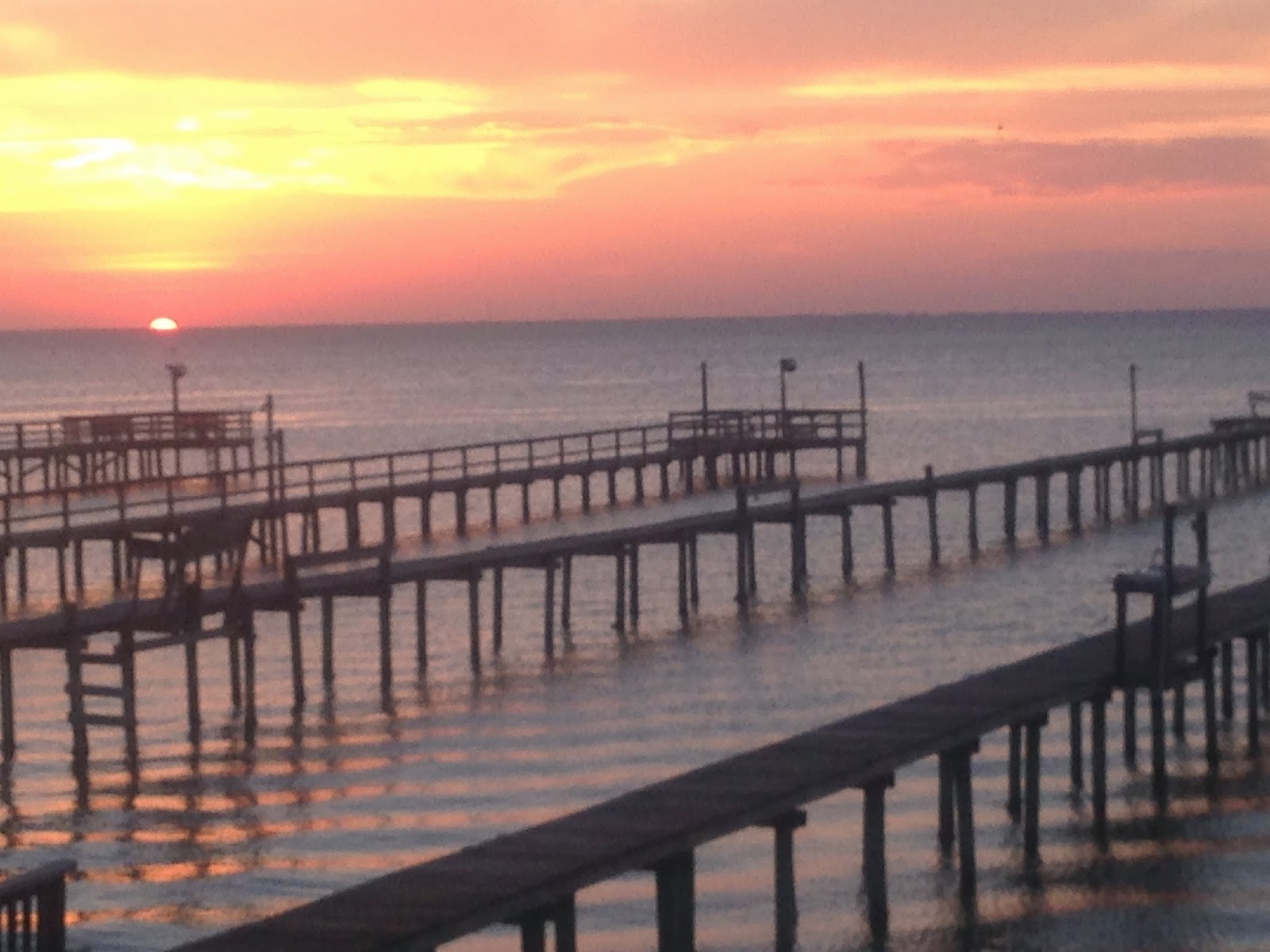 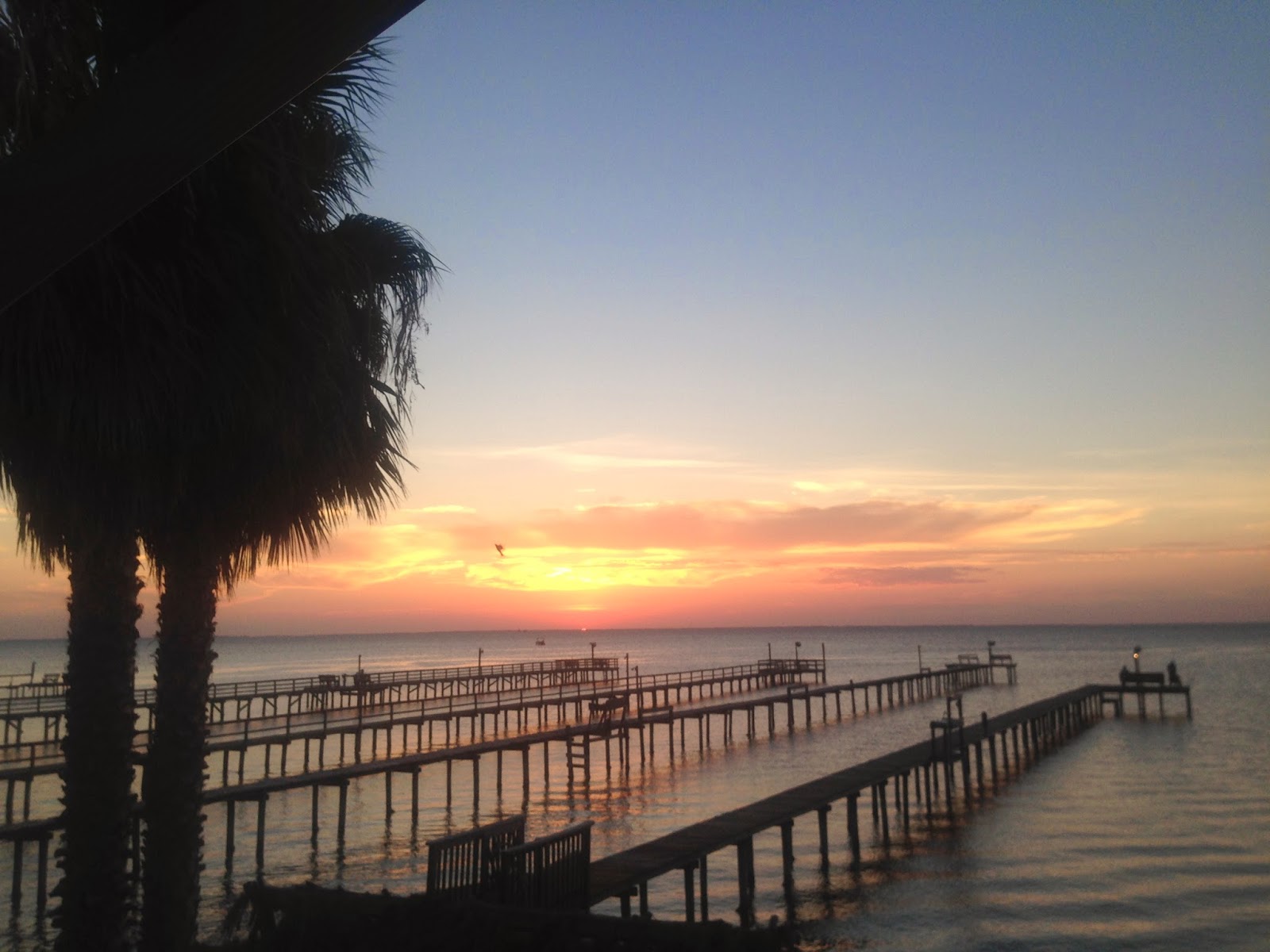 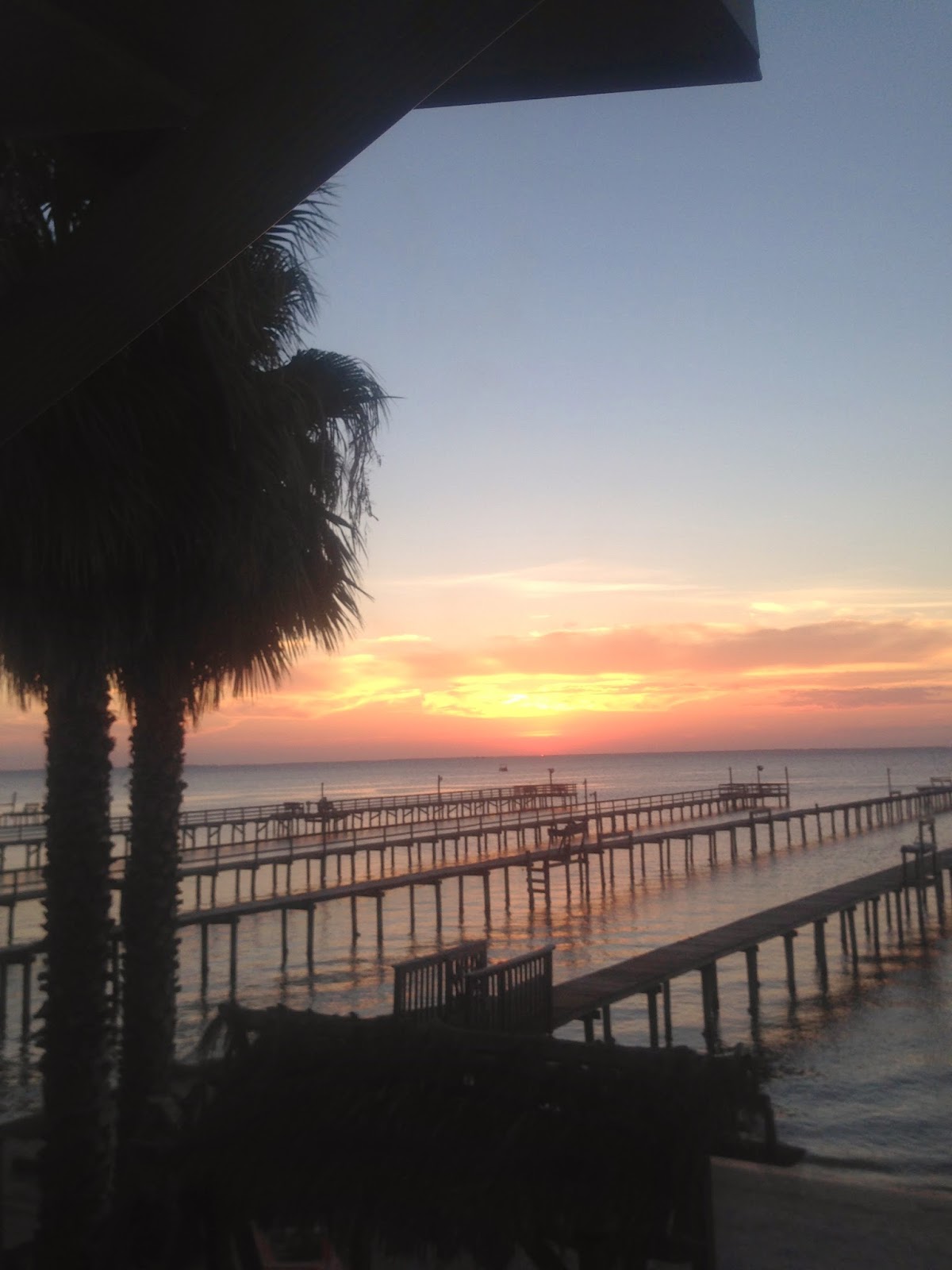 For those that do not know....Copano Bay is by Rockport.....here is a red pin dot to show where I was: 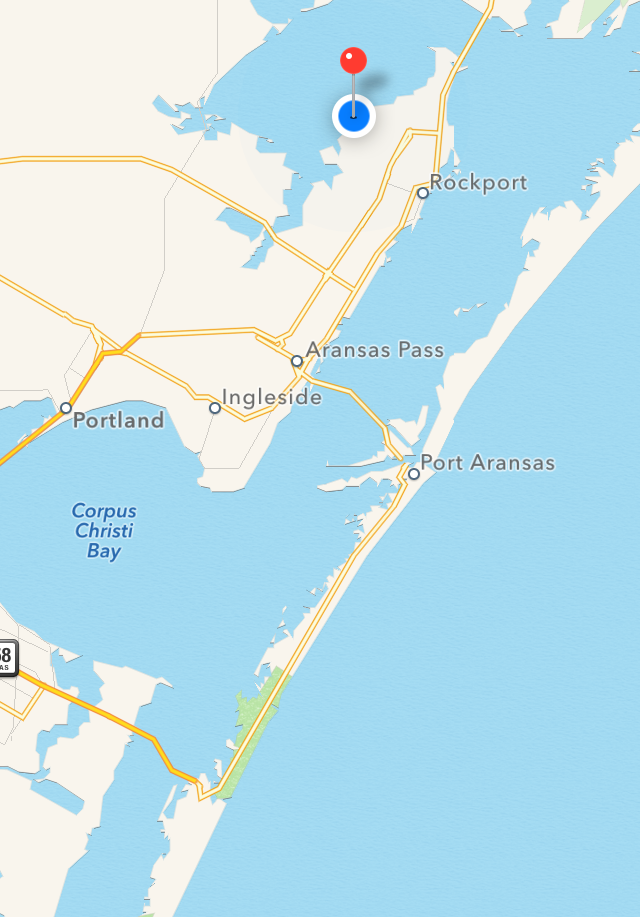 Before I knew it, it was time to say goodbye to Rockport and head back to reality 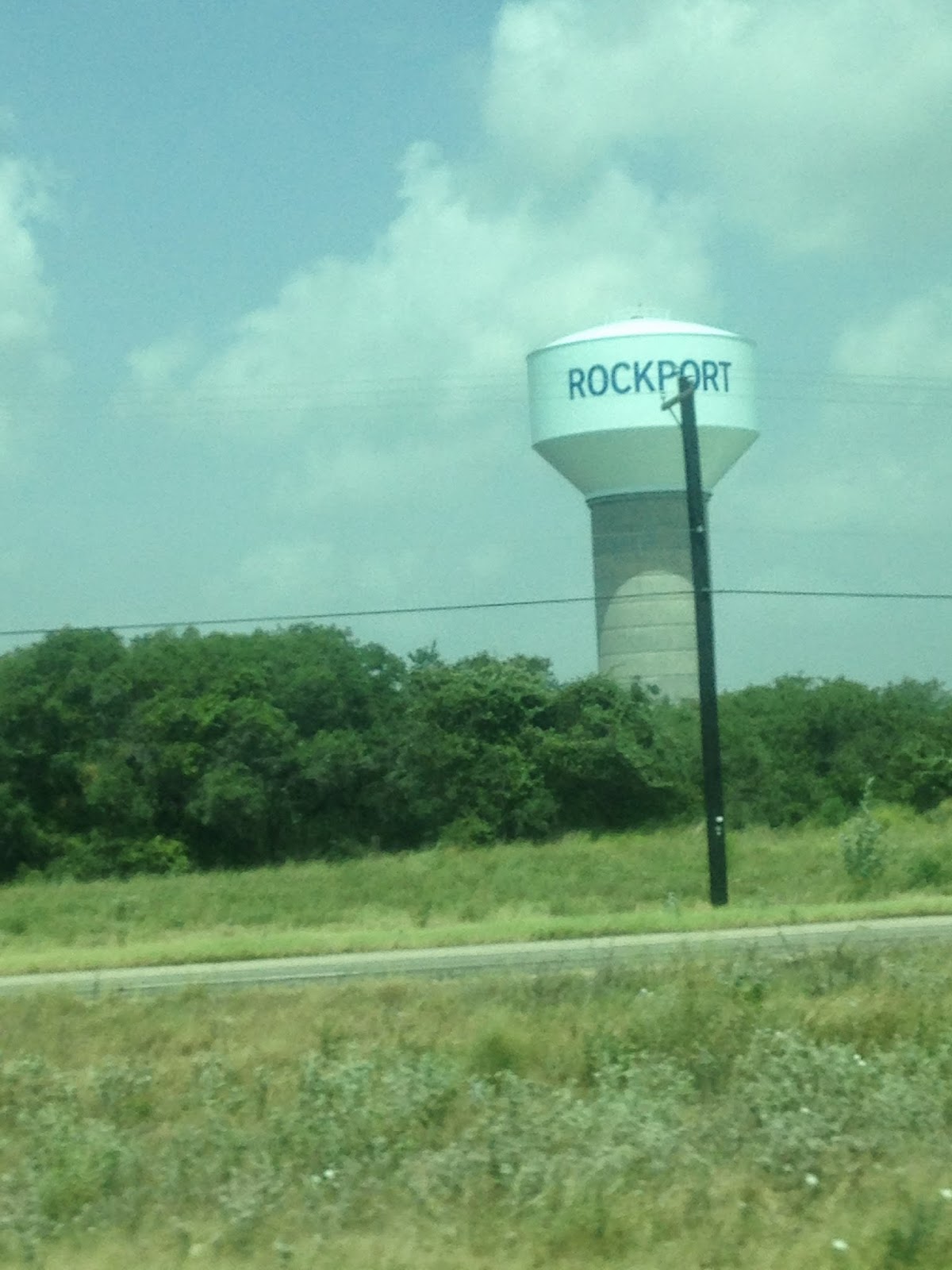 Thankfully, reality had a nice surprise waiting for me at home.....some yarn! 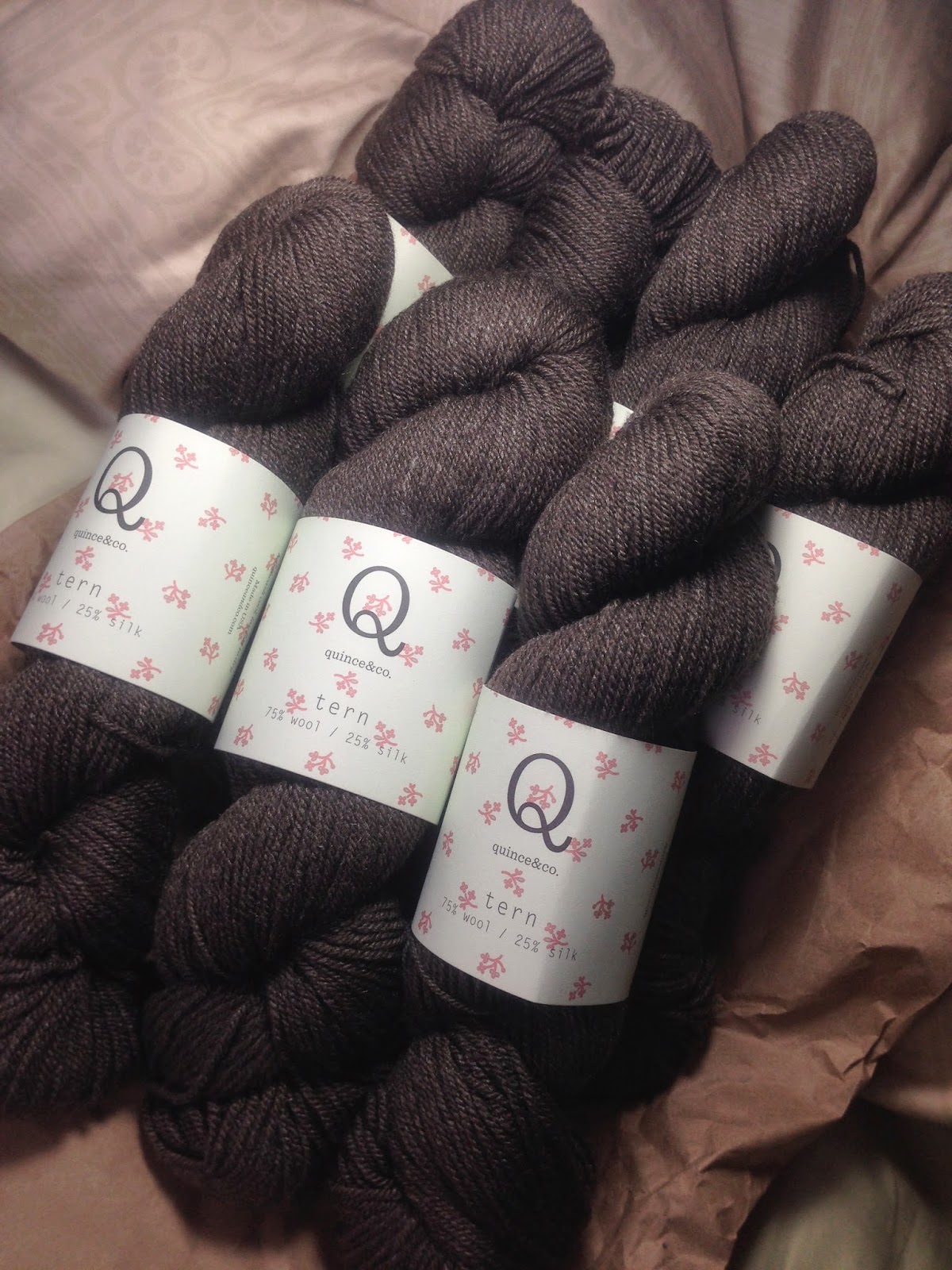 Paige wants 2 cardigans for winter....this will be the first.  She decided on "Breezy Cardigan"....and I will use this Quince & Co. Tern Yarn in the Barnacle colorway (because Paige wanted one just like the picture).

So I have it ready to cast on...but have not cast on yet: 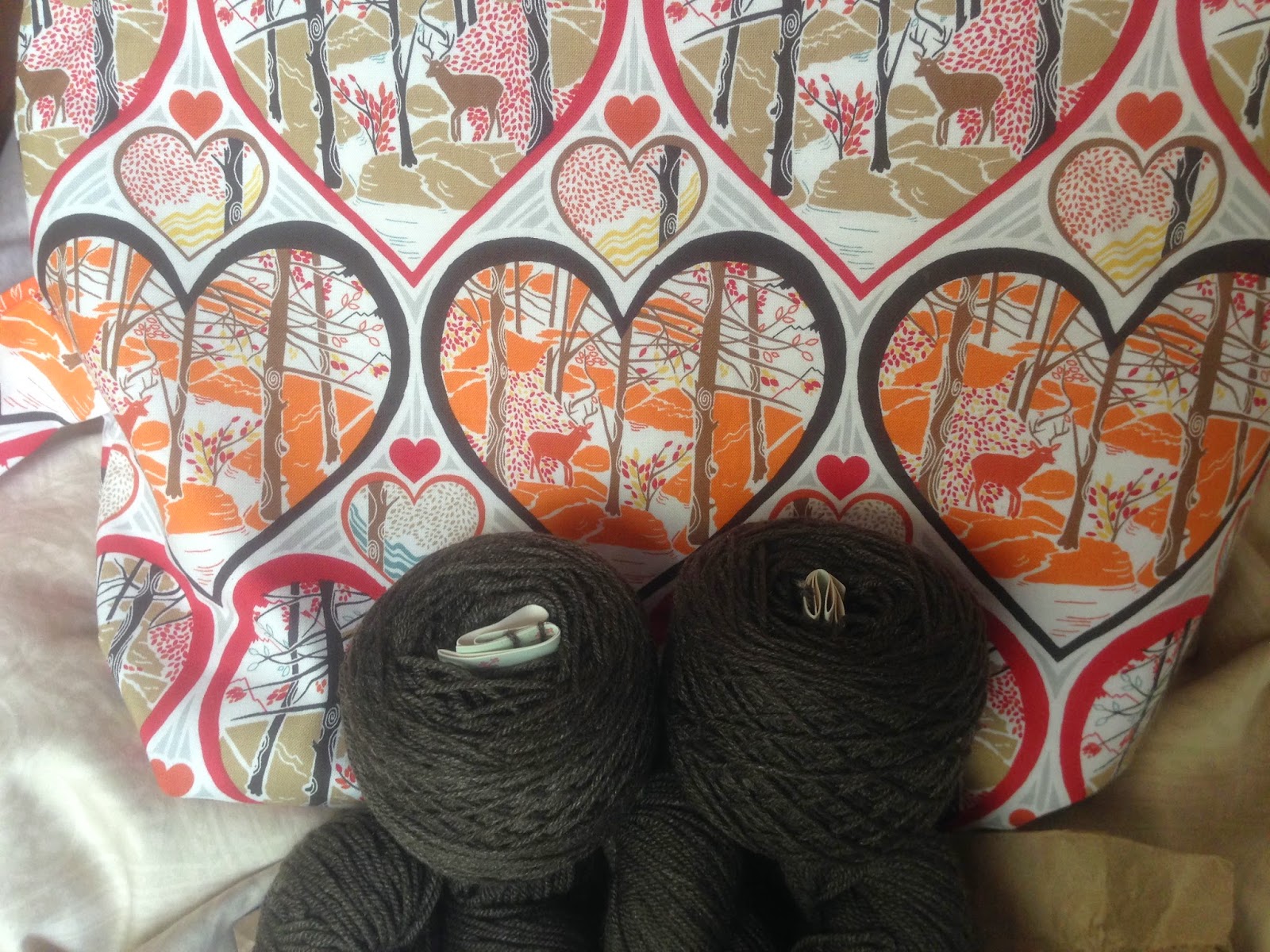 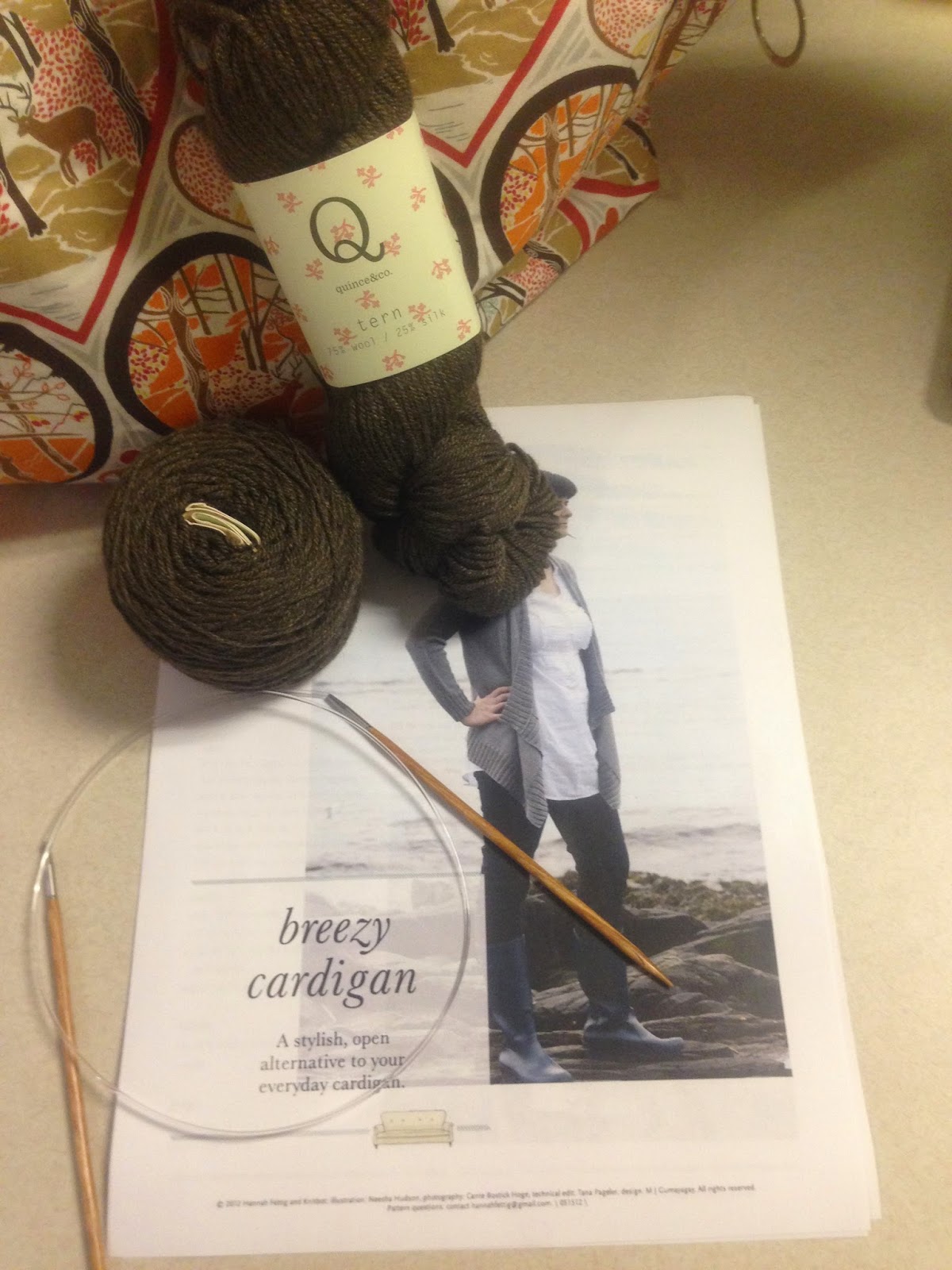 While in Copano Bay/Rockport....I did get some major progress done on Jaime's Socks...One heel turned, one almost turned and just 2 legs/cuffs to do and I am finished! 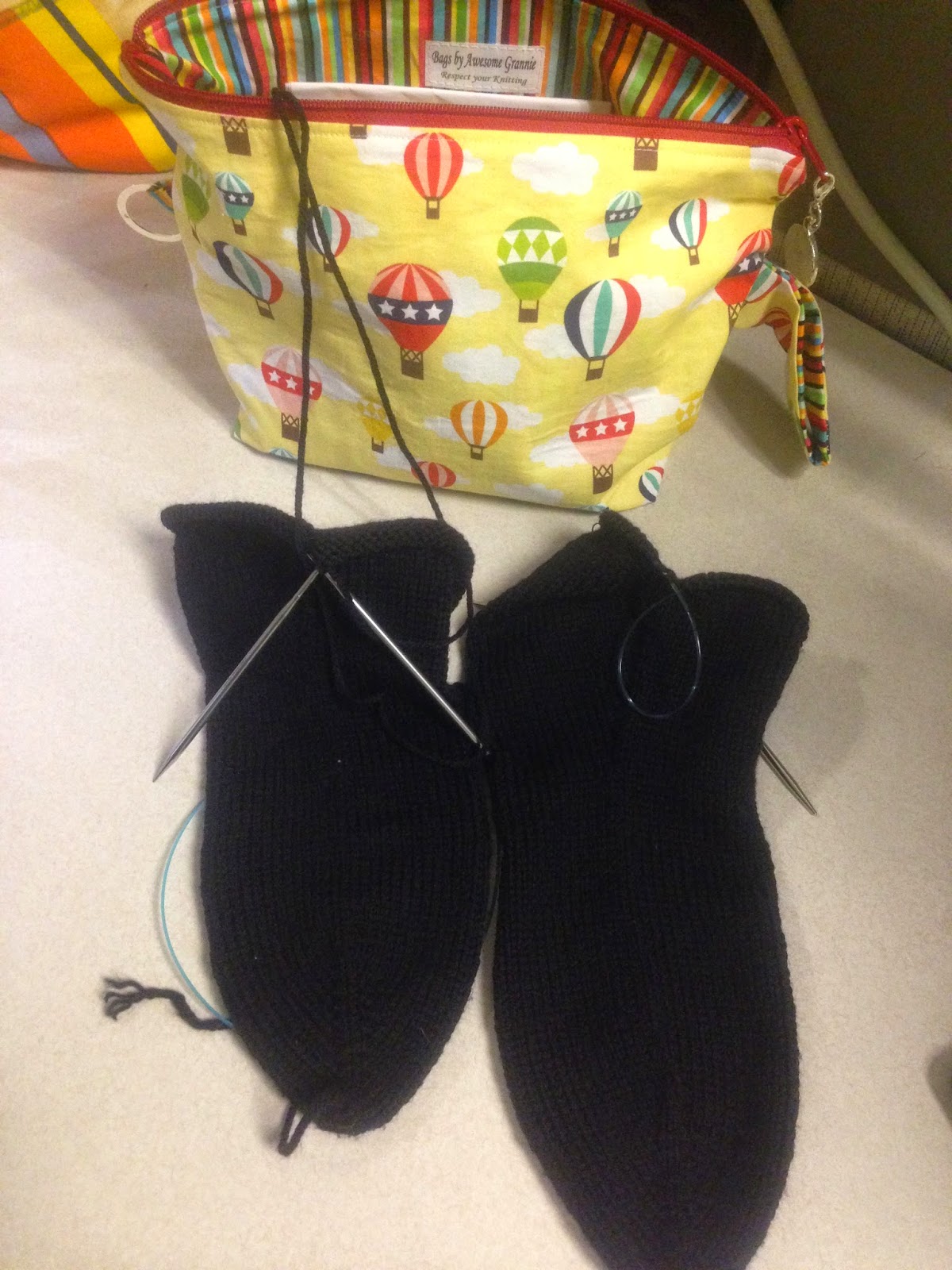 My Clapotis is also growing...I am more than 1/2 way now: 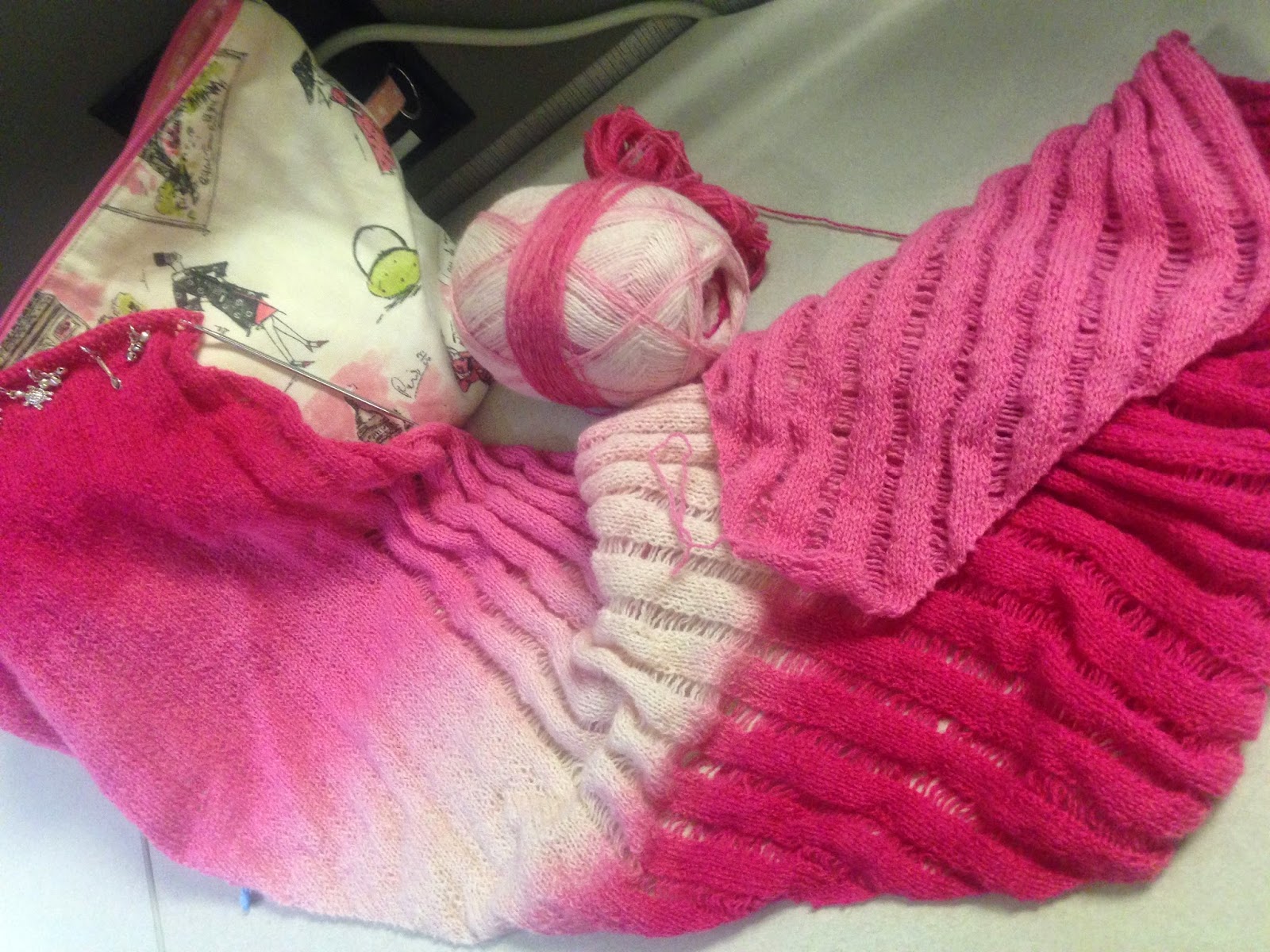 Well, that is all that I have for knitting....I hope to be almost done with my clapotis the next time I talk to you guys....keep your fingers crossed for me.

I have a friend, Jill, who has a blog and is always putting some great recipes on it.....I tried one last week that was awesome.  Her blog is located here and the recipe I tried is called Enchillada Cube Steak...Jaime and I really liked it but I think next time I will try with a different steak cut...I like cube steak, but during the week, I do not have a lot of time to let it cook longer to get more tender...but it was yummy! 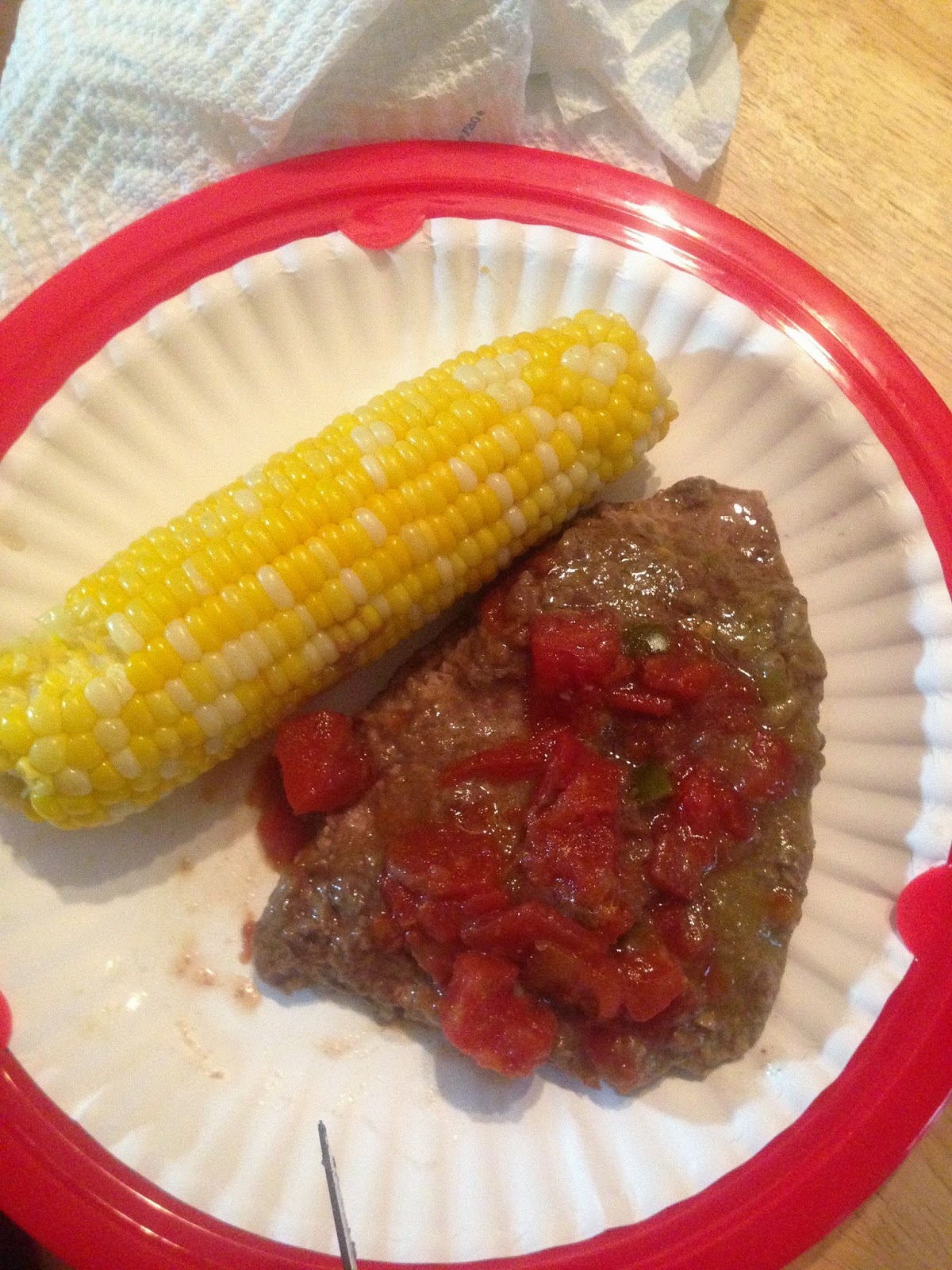 I leave you with a picture of Paige and Antonio and then with just Antonio....he came over to visit me (I miss him terribly) and he loves to wear grandpa's hat (and looks darn cute in it too!) 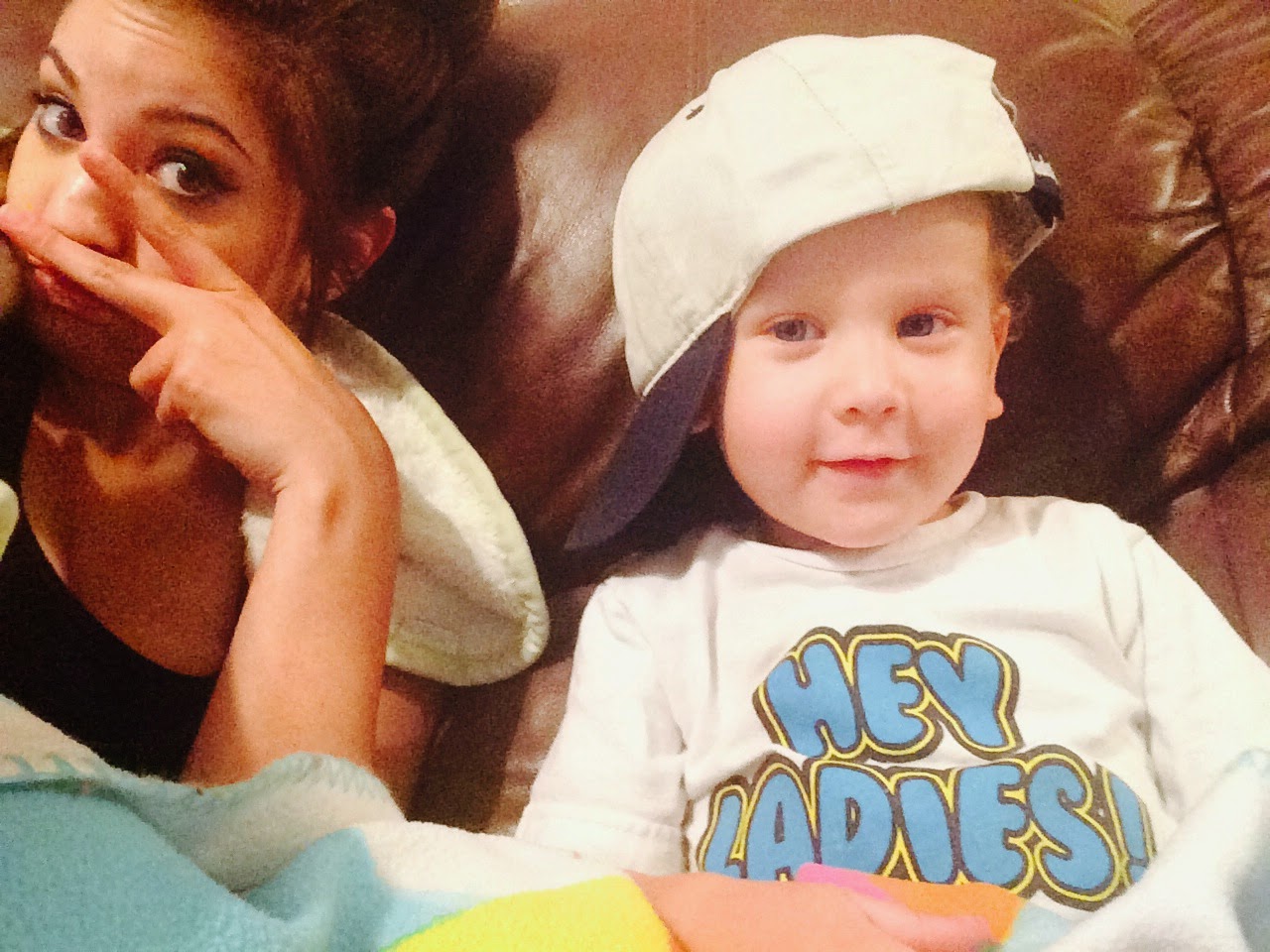 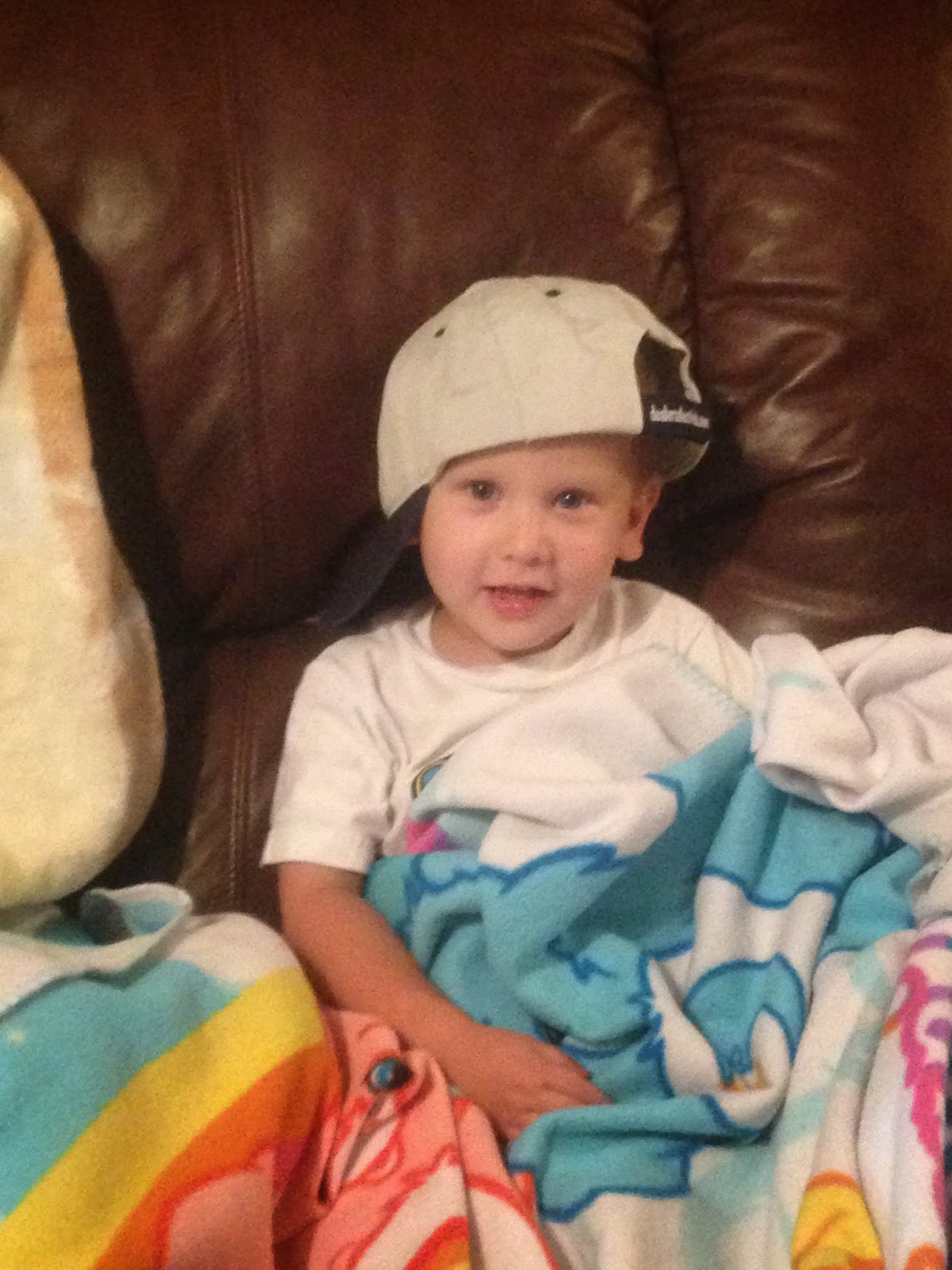 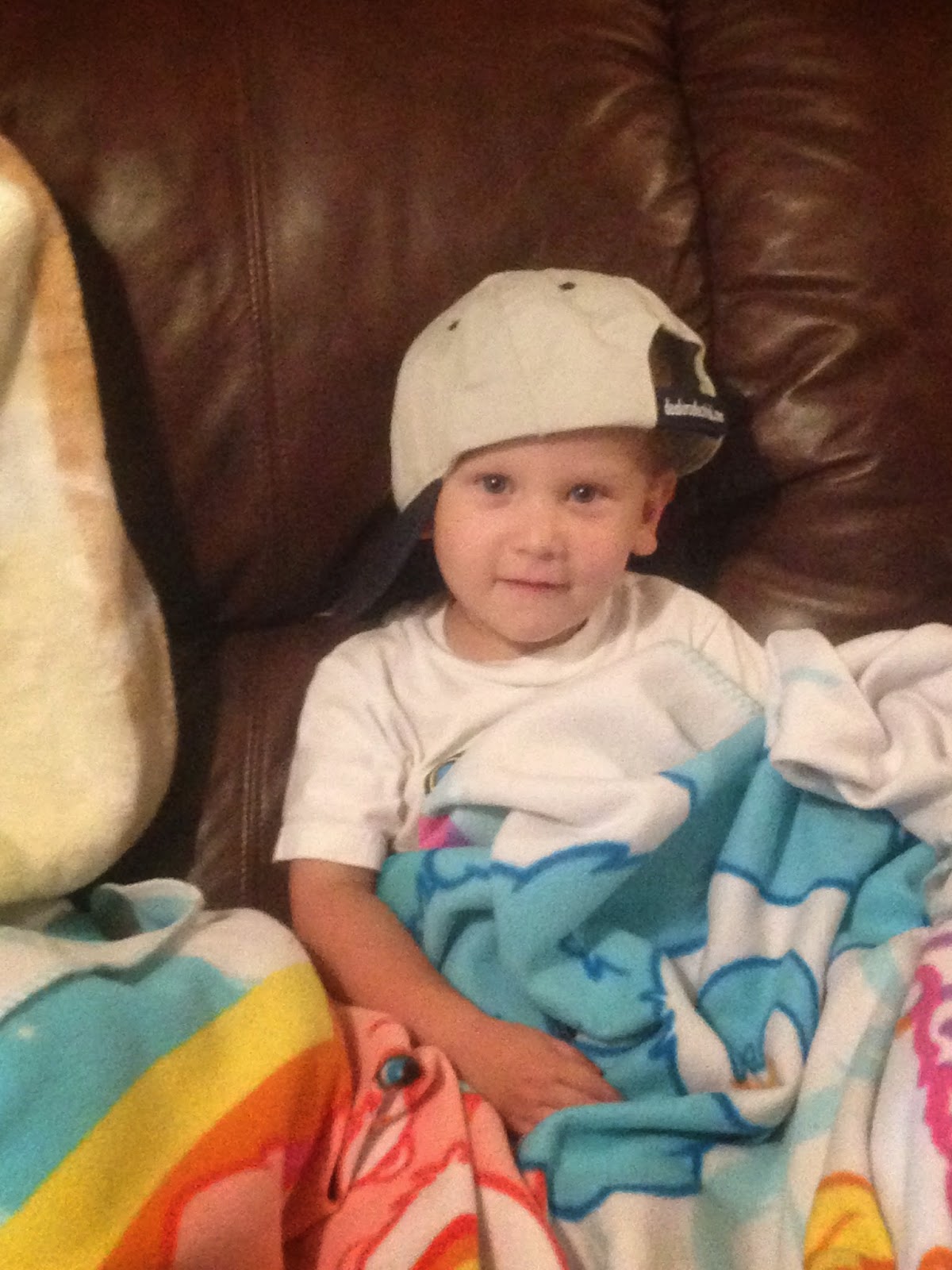 Happy Happy Happy Knitting!  I hope you all have a great week!
Posted by Knitphomaniac at 12:02 PM