Well....wasn't that Super Bowl unimpressive!!!  I know there are a lot of ppl doggin the 1/2 time show too, but I love Adam Levine and I think he did great.  Antonio loves Travis Scott and he enjoyed it too.....so while it might not have been "the greatest thing in the world", I certainly did not think it was bad, I enjoyed it! 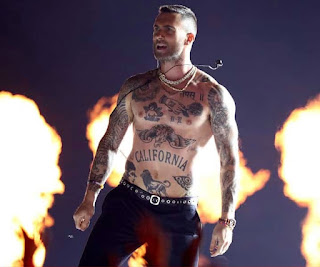 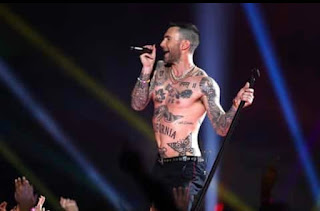 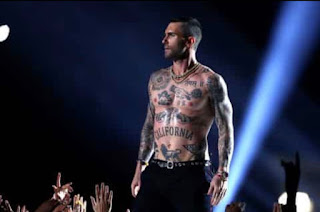 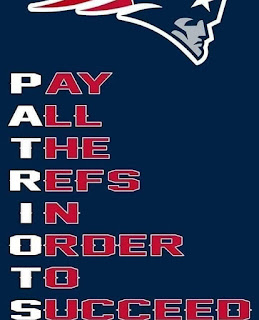 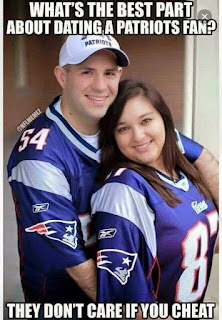 Last week I helped a friend move on Monday and Tuesday.....she lived on the 3rd floor in an apartment complex and was moving into her boyfriend's home about an hour away.....I went up and down those 38 stairs a billion times (not that I was counting...LOL)!  She had TWO closets full of clothes and shoes! 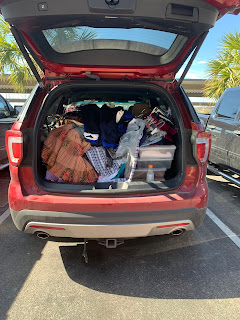 They had a layover in Houston

They went to the Aquarium, ate at Atlanta Breakfast Club and saw the Atlanta Skyline 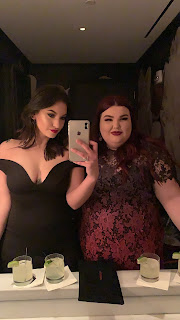 And they met Charles Barkley! 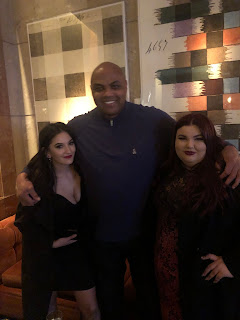 Then they came home to me Thursday and I was thrilled to have them back in SA!  While they were gone I had Paige's two dogs (along with my dogs) and I got a couple of pics of her new dog, Jax....his lopsided ear is so cute 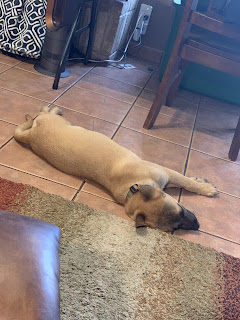 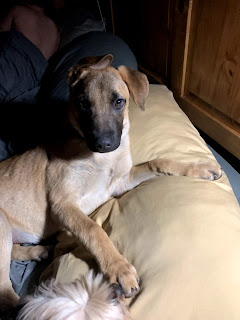 I finished working the rest of the yarn I had from part one of the Crocheted Pouf.....it is not quite 18" but close! 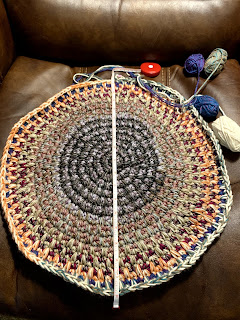 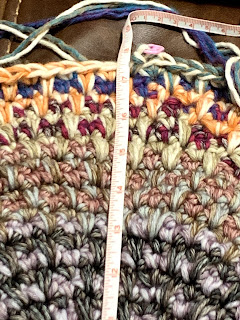 Then, Jaime's Newphew and wife welcomed a beautiful baby girl into the world and I am late getting the blanket done....but close 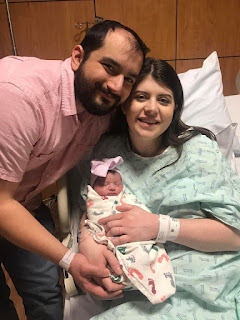 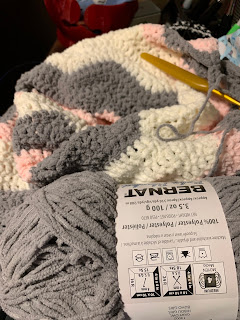 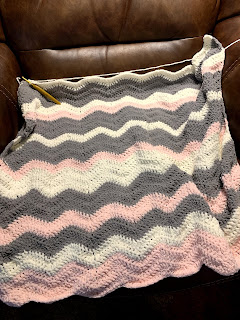 I started and finished the Hat for February.....the pattern is called Frosty. 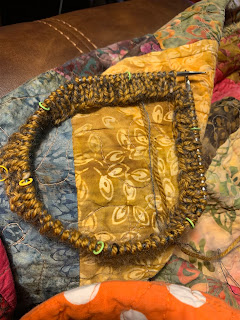 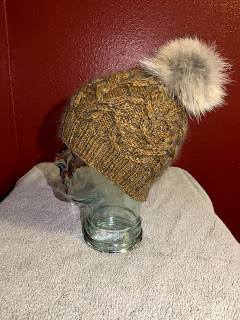 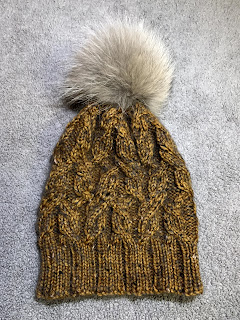 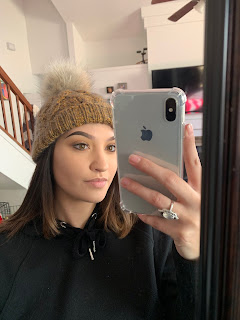 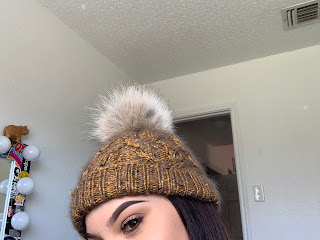 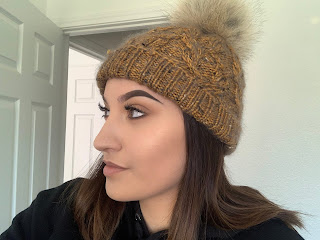 Then it was time to start a KAL with the LSSK girls....we are doing the Spector Sweater....here are my colors I think I want to do from right to left 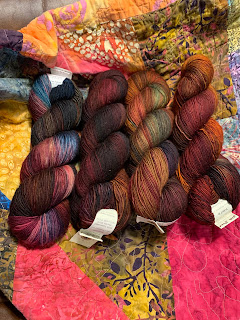 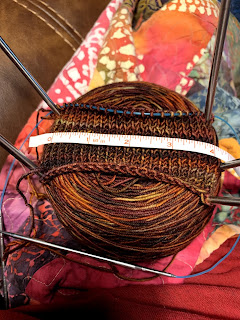 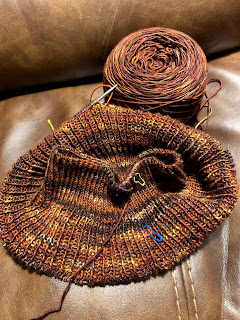 Lastly, I worked a little on my Weekender to get it to 8" and started the Football hat during the Super Bowl yesterday....I am just barely past the ribbing because I did not want to have to think: 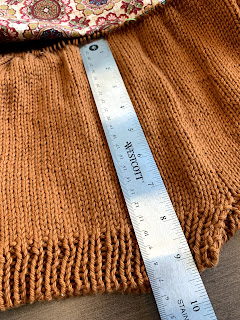 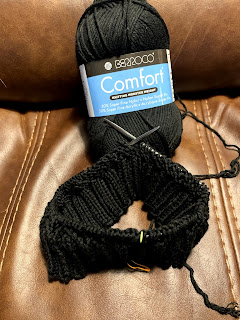 On an amazing side note......I got some deer meat from Darlene's daughter, Shyla, and amazing son-in-law, Tim.....I am one happy girl because I was out of deer meat! 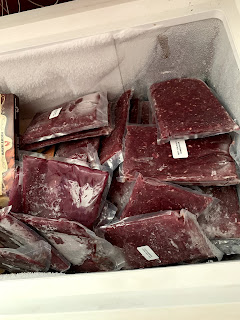 That is what I have for the whole week.....I know it is more than usually but I had some extra time off Thursday (Antonio was sick) and I had taken Friday off (not knowing Antonio was going to be sick Thursday) as a day to just have for me......so don't expect so much next week....LOL!

Have a great week everyone! 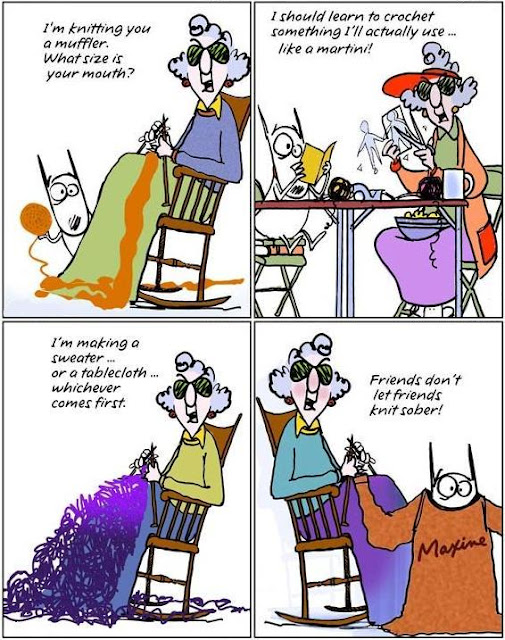 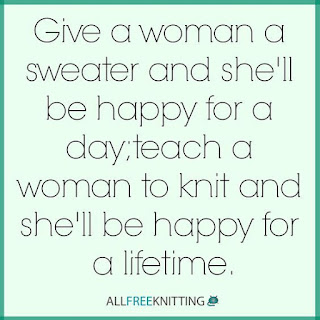 Posted by Knitphomaniac at 10:17 AM