Hello everyone....I hope you have had a fabulous week!!!  I had a pretty good week...there is never enough knitting time, but oh well.....I am going to jump into my stash enhancements first.

When I ordered more yarn for Paige's blanket, it was Earth Day and Knit Picks was offering a free mug...well, they were back ordered for a little bit but my mug came in on Friday!  I love my new mug and used it pretty much all weekend!  You could replace the word coffee with wine also....yes, I may have used my mug for a little bit of wine in the evenings. 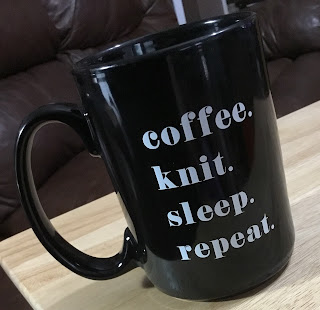 I got a lovely gift from Louise at Biscotte Yans.....some self striping worsted (the base is called Griffon), and a Lumos skein of sparkling merino in a beautiful orange!  I think I am going to make a hat with the worsted self striping..it is sooooooo soft....and probably socks with the orange.  Thank you Louise! 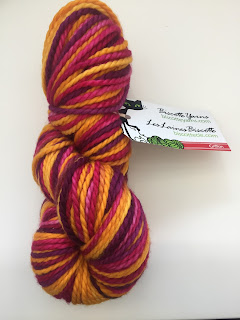 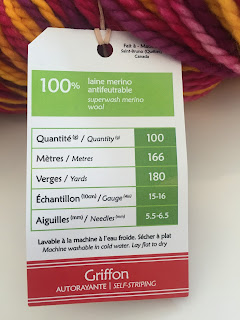 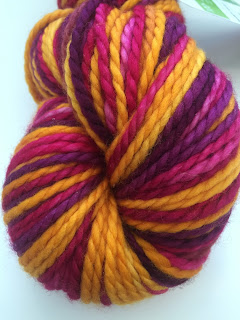 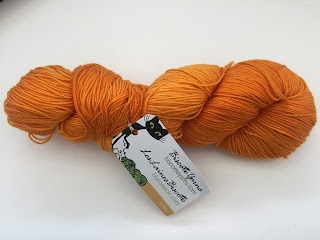 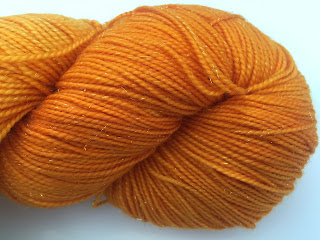 I also ordered some yarn from Amanda aka Yarn Enabler.  it is called "The Wayne"....as in Batman!  I go it for Antonio to make him a pair of socks....so I only ordered a 1/2 skein (how much yarn can his tiny feet need?)...but since Amanda is sooooo awesome, she sent me a whole skein....so I could make him a matching sockhead hat or something like that....so thank you Amanda, Antonio is going to love it all! 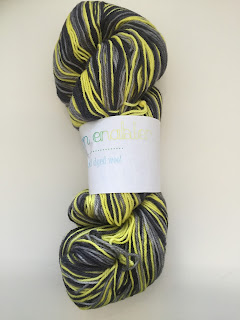 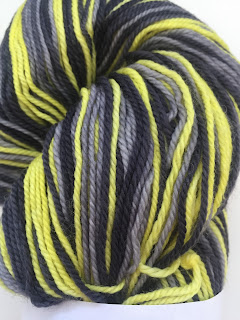 Lastly, I got in a new skein of Desert Vista Dyeworks Yarn in the ZomWhere Over the Rainbow colorway!  I love it! 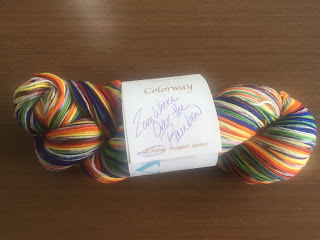 Now, for knitting....I do not feel like I have a whole lot to show, but I really did knit a lot.....I worked on my socks...and the pattern said "MAKE SURE YOU DO NOT read the entire pattern instructions, panic and give up!!!! Just START AT THE BEGINNING AND LEARN AS YOU GO!!!" so that is what I did.....BZZZZZ....WRONG!  The heel flap had way too many decreases and the decreases were not 'closing the gap' and it just looked all wrong...I only had 8 stitches left on the heel when I finished the way the pattern was written....too long and too narrow of a heel flap. 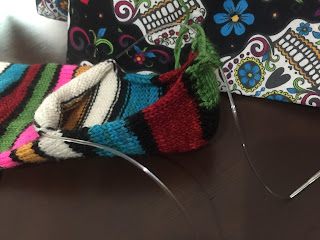 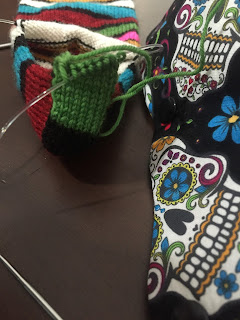 So, I ripped and did the heel flap I know....and it think it looks a hundred times better. 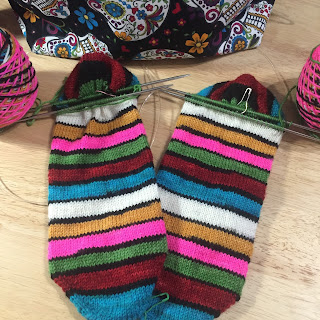 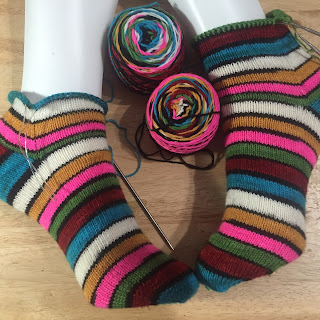 Well, they were so much fun to knit on....I finished them....I finished my monthly socks but the 15th!  I was so amazed!  I think my new "ZomWhere Over the Rainbow" will be my June socks! 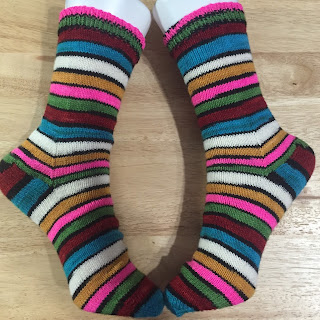 What else did I knit on?  I worked a little on Paige's blanket and have determined that if I do 2 rows a day starting today, I should be done on June 16th :) 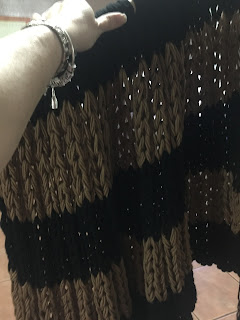 I worked on my spire off and on during the week but I forgot to take a picture of it...I was going to work in it for the weekend but decided I wanted more mindless knitting so I work a little on my smooth move...I am about 55% done now.....but still a long way to go. 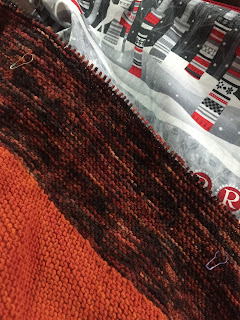 Then I wanted to work on more socks....so I pulled out my Eeyore's Rainbow socks.....I was just a little past the toes...and now I am just a little past where the heel will go.  I did not realize this was a 12 stripe pattern...and I really wanted to get through a pattern repeat, I kept knitting and knitting and knitting.....I am really loving these! 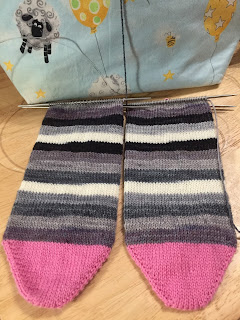 Well, that is all for the knitting.....I had a small car fiasco this week (over heated) but I had my knitting with me, so crisis diverted!  Other than that....my life has been pretty boring lately....which meant some extra knitting time....Have a great week everyone! 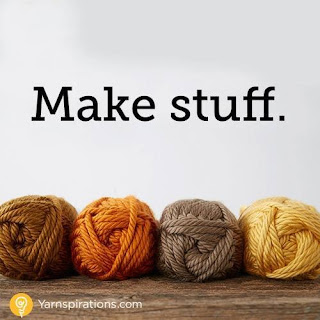 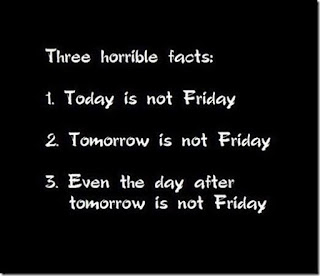 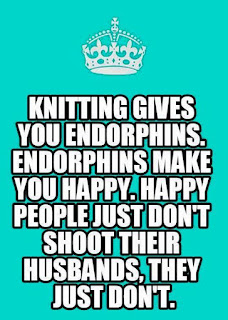 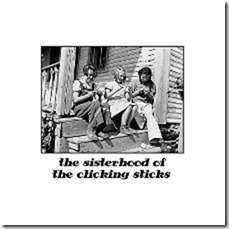