Happy April Fool's Day to you all!  I feel like a month has gone by since I last posted, but no....only one week.  I hope everyone had a FANTASTIC Easter!  Now to recap this past week.

Well......remember the baby blanket, where the needle broke, I had to frog it because too many stitches came off and ran down?  I was not sure if I was going to restart it or not.  My biggest complaint was the cast on of 820 stitches.  So......my friend, Darlene, did the cast on for me and I started knitting it again.  This time with Addi's because I was still waiting on my Signature needle replacement.  What do you think happened?  YUP!!!!!!  You guessed it, the cord broke.  Luckily, this time it was the cord on the left needle instead of the right needle and none of the stitches ran and I was able to get them all picked up and kept knitting....now on a brand new set of ChiaoGoo needles.  I do not know if it is just because there are a ton of stitches I need to keep moving around, but I try to be ever so gentle when moving the stitches.  I took this past Thursday and Friday off to go to the lease with Jaime and we picked up the RV to bring home.  Jaime has it at his house and will give it a good cleaning.  This is why I was able to get so far on the baby blanket (again). 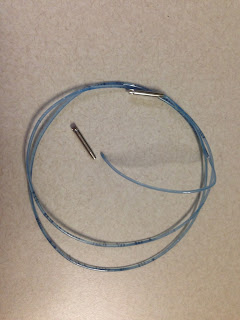 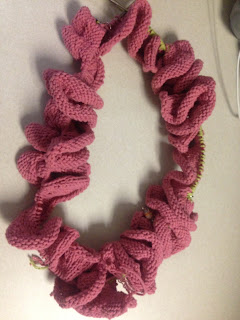 Speaking of ChiaoGoo needles, I bought a new interchangeable set from The Loopy Ewe.  I have a friend that has some and they are awesome.  I got just the small set (size 2-8).  I really like them.  I figured they will come in handy with all the different needle sizes I will need while making Nuvem and Viajante.

The Loopy Ewe also had Wollmeise go on sale (my kryptonite)....so I got two skeins of lace.  One is called Bussi (the red one and I absolutely LOVE IT) and the brown one is called Golden Pear.....so pretty.  Here are pics of the yarn and needles: 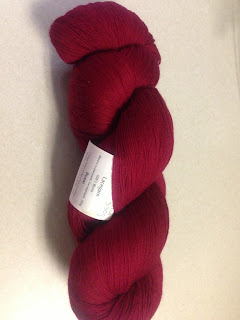 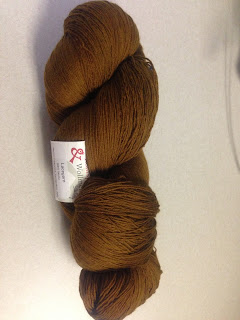 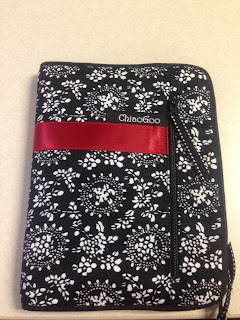 Now.....about Viajante.....I was knitting on it all Saturday evening....I knit it to 207 stitches (instead of the 167 the pattern calls for) and joined in the round and followed the pattern.  I did not like the way the increases were going...and there were other people in the KAL's on Ravelry that did not like it either... 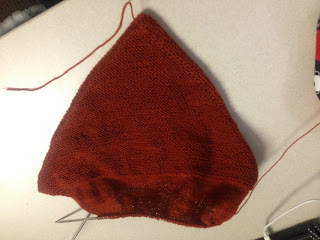 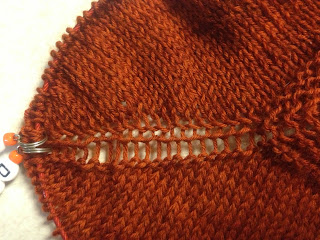 So what did I do?  Yup, I frogged it.  But just back to the part where it is joined in the round.  I will re-join it tonight and see how it goes with kfb instead of backward loop increases. 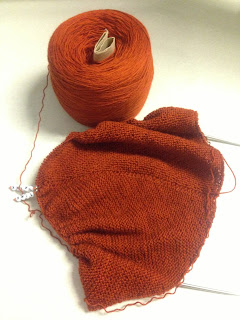 I think I have frogged more in the last week or two than I have in the 4 years I have been knitting.  I cannot believe it has been 4 years since I learned how to knit....and I am completely addicted and obsessed!

Lastly, I leave you with my ADORABLE grandson and his first Easter egg hunt (he was only 5 months around this time last year).  He was very excited and really enjoyed it.  Most of the eggs were confetti eggs since Paige does not like for him to have too much sugar: 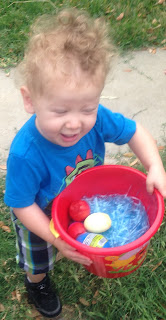 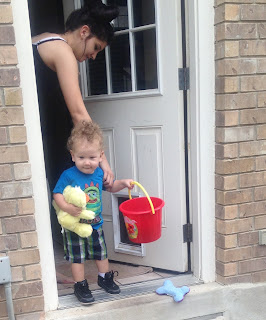 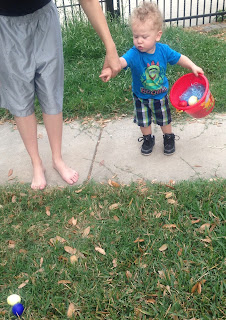 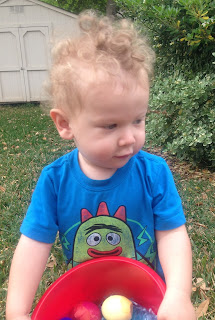 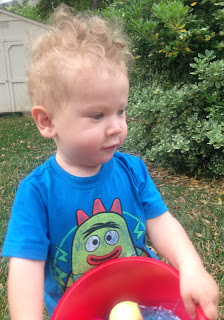 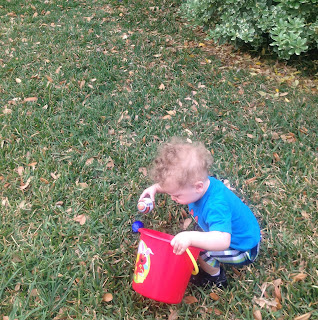 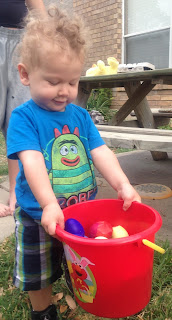 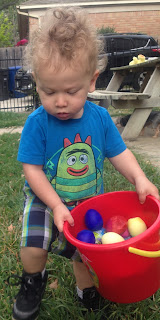 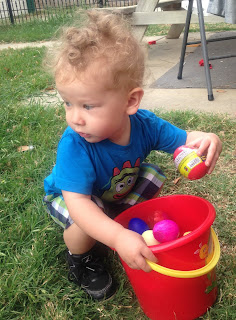 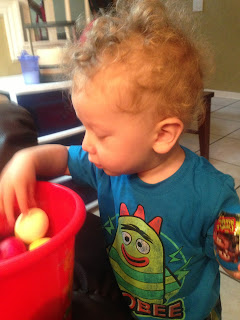